Dollar on shaky ground as investors shift to riskier assets 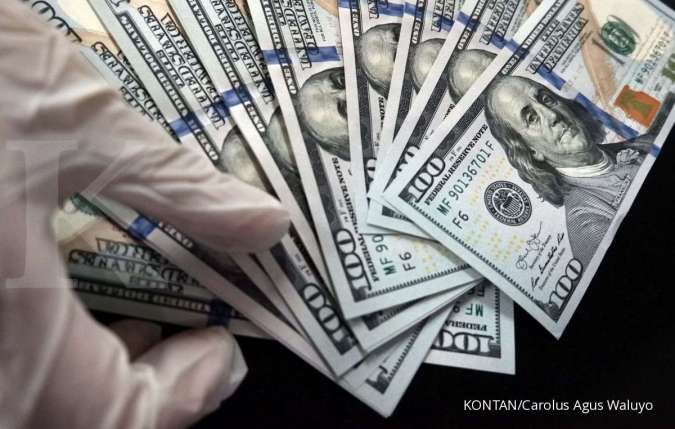 KONTAN.CO.ID - TOKYO. The dollar nursed losses on Wednesday as progress in developing a novel coronavirus vaccine and expectations for a fiscal boost from a new U.S. government riggered a shift of funds from the greenback to riskier assets.

The U.S. currency teetered near a two-moth low against the Australian dollar and a two-year low against the New Zealand dollar, both considered barometers of risk sentiment due to their close ties with the global commodities trade.

Bitcoin, a cryptocurrency known for its volatile price swings, also traded near an all-time high, in a further sign that investors are growing more comfortable taking on riskier positions.

"Rising yields may lend the dollar some support, but the overall direction is it will head lower," said Junichi Ishikawa, senior foreign exchange strategist at IG Securities in Tokyo.

"The trend has shifted to favour risk assets. Yellen will team up with the Fed and support the economy. U.S. rates will remain low for a long time."

The dollar stood at $1.1901 against the euro on Wednesday in Asia, close to a two-week low.

The British pound bought $1.3363, close to the highest in more than two months. Against the yen, the dollar held steady at 104.48.

Research suggesting that a COVID-19 vaccine could be available before year end has sent U.S. stocks surging to record highs and reduced the appeal of holding the dollar as a safe-harbour currency.

Risk appetite has also improved after the outgoing U.S. President Donald Trump's administration began cooperating with the Biden transition, and after reports that Yellen, an advocate of more fiscal spending, will take the top job at Treasury.

The dollar index, pitting the dollar against a basket of six major currencies was at 92.129 after falling 0.4% on Tuesday.

The Antipodean currencies were already on the front foot as investors unwound bets for additional monetary easing in both countries.

Improving risk appetite means the Australian dollar's next target is its high of $0.7413 on Sept. 1.

The New Zealand dollar, which has rallied 5.6% so far this month, is trading just shy of its strongest since June 2018.