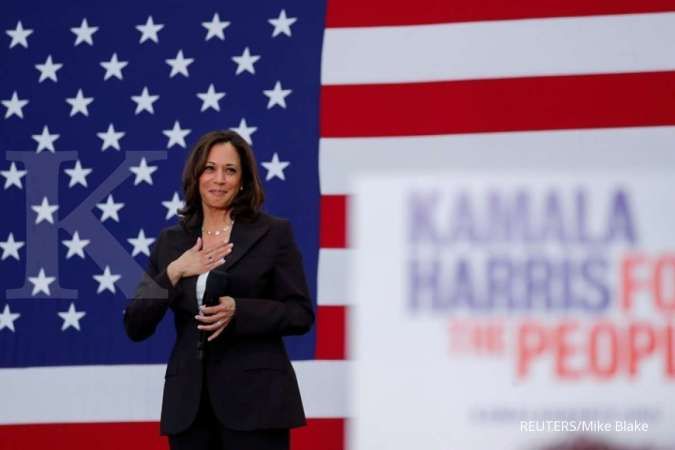 KONTAN.CO.ID - WASHINGTON. Democratic presidential candidate Joe Biden on Tuesday tapped Senator Kamala Harris as his choice for vice president, making her the first Black woman on a major party presidential ticket in U.S. history and providing him with a partner well suited to go on the attack against Republican President Donald Trump.

With social unrest over racial injustice and police brutality against Black Americans rocking the country for months, Biden had been under increasing pressure to select a woman of color as his running mate. She is also the first Asian-American on a major presidential ticket.

Biden and Harris will make their first joint appearance as a presidential ticket on Wednesday in his hometown of Wilmington, Delaware, the campaign said.

In Harris, a senator from California who made her own run for the White House before ending it and endorsing Biden, he gains a deeply experienced politician already battle-tested by the rigors of the 2020 presidential campaign as they head into the final stretch of the Nov. 3 election.

“I have the great honor to announce that I’ve picked @KamalaHarris — a fearless fighter for the little guy, and one of the country’s finest public servants — as my running mate,” Biden said on Twitter.

Harris, who became only the Senate’s second Black woman in its history when she was elected in 2016, will be relied on to help drive the African-American vote – the Democratic Party’s most loyal constituency. Four years ago, the first dip in Black voter turnout in 20 years contributed to Democrat Hillary Clinton’s upset loss to Trump.

Biden, whose foundering campaign was rescued by Black voters in South Carolina’s primary in February, needs their strong support against Trump. It will be crucial in battleground states such as Michigan, Pennsylvania and Wisconsin that Trump won by the slimmest margins in 2016 but where opinion polls now show him trailing his Democratic rival.

The Black vote is also central to Biden’s hopes of winning Southern states Georgia and Florida that Trump carried four years ago but that opinion polls indicate will be competitive this year.