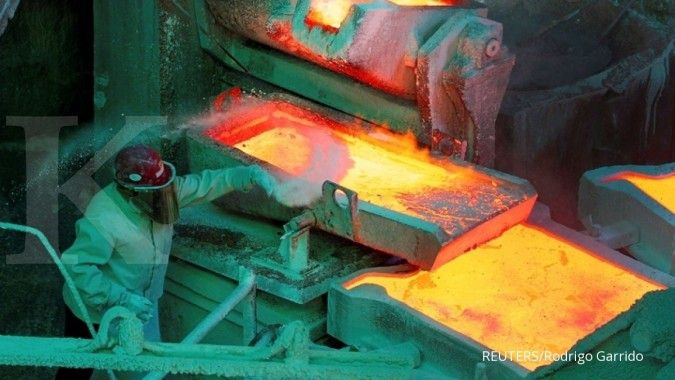 ILUSTRASI. FILE PHOTO: A worker monitors a process inside the plant at the copper refinery of Codelco Ventanas in Ventanas city, northwest of Santiago January 7, 2015. REUTERS/Rodrigo Garrido/File Photo

Shanghai said half the city had achieved "zero-COVID" status, but uncompromising restrictions had to remain in place under a national policy.

Lockdowns in China and worries over aggressive U.S. interest rate hikes this year have weighed on base metals, with copper hitting its lowest in nearly five months this week.

"The lockdowns in China have been the final nail in the coffin for demand. It has exposed how subdued demand has been," Bain said.

Benchmark copper on the London Metal Exchange (LME) was up 1.4% to $9,355 per tonne in official trading activity.