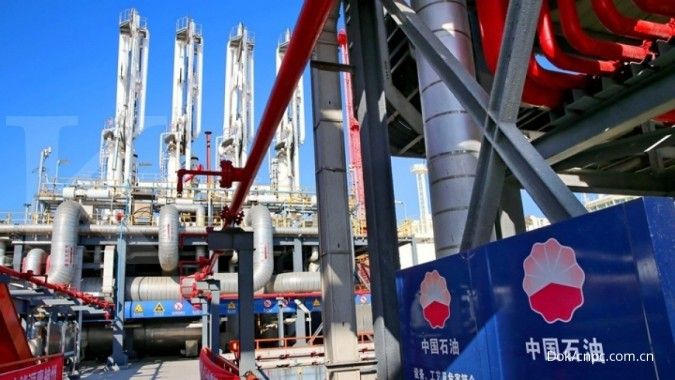 The Trump administration in early August froze all Venezuelan government assets in the United States and U.S. officials ratcheted up threats against companies that do business with Venezuela.

"Trump's executive order gave a directive for the follow-up sanction measures that shall be announced by the U.S. Treasury... CNPC is worried that the company is likely to be hit by the secondary sanctions," said one source.

A second person, an executive with a key marketer of Venezuelan oil in China, said his company had been notified of the suspension.

"We were told that Chinaoil will not load any oil in August. We don't know what will happen after."

Chinaoil is the trading vehicle of CNPC that lifts Venezuelan oil under term contracts and is one of Caracas' top oil clients.

The two sources declined to be identified as they are not authorised to speak to the media.

CNPC will wait for more guidelines from the U.S. Treasury before further moves in dealing with Venezuelan oil, said the first source.

The suspension followed recent communications between the U.S. and Chinese governments, including a meeting between U.S. embassy officials in Beijing and top management at CNPC, the source added.

The White House imposed sanctions on Venezuela's oil industry in January in an effort to unseat socialist President Nicolas Maduro, whose re-election in 2018 is viewed by much of the Western Hemisphere as illegitimate.

The executive order Trump issued on Aug. 5 did not explicitly sanction non-U.S. companies that do business with Venezuela's state-run company PDVSA, including partners in crude operations like France's Total SA, Norway's Equinor ASA, as well as Russian and Chinese customers.

However, the order threatens to freeze U.S. assets of any person or company determined to have "materially assisted" the Venezuelan government.

Beijing courted the government of former President Hugo Chavez with more than $50 billion of loans over a decade, as it sought to secure oil supplies and bolster an ally in Latin America.

But Beijing has become increasingly pragmatic in recent years in an amply supplied global oil market and as Venezuela's economy plunged deeper into recession.

For the first six months of this year, China imported 8.67 million tonnes of crude oil from Venezuela, or roughly 350,000 barrels per day, about 3.5% of its total imports, according to Chinese customs data.