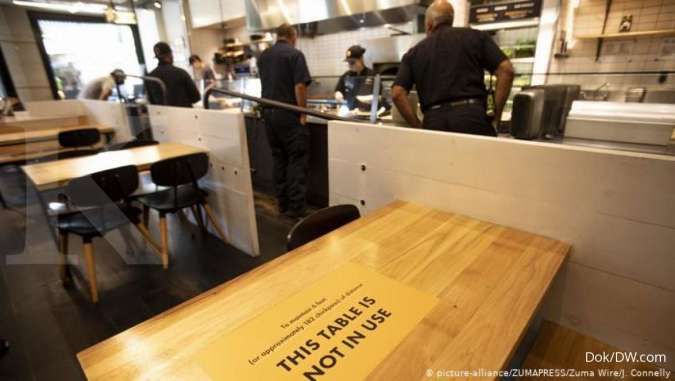 KONTAN.CO.ID - CALIFORNIA. California on Wednesday overtook New York, the original epicenter of the nation's outbreak, as the worst-hit state for cases of COVID-19, according to a Reuters tally of county data.

Total cases in the most populous U.S. state climbed above 414,000 with just a handful of California counties reporting 4,700 new cases so far on Wednesday.

New York has recorded by far the most deaths of any U.S. state at over 32,000 with California in fourth place with nearly 8,000 deaths.

If California were a country, it would rank fifth in the world for total COVID-19 cases behind only the United States, Brazil, India and Russia. New York currently has over 412,800 total cases and is adding on average 700 new cases a day in July. In California there is an average of 8,300 new cases a day.

The rapid increase of cases has made it difficult to trace the pathogen's path through the community through contact tracing, a process of interviewing people who test positive for the virus to find out how they were exposed, and whom they in turn might have exposed, California Secretary of Health and Human Services Mark Ghaly said on Tuesday.

"No one anticipated building a program to contact trace the number of cases we’re seeing here," Dr. Ghaly said at a news conference, referring to Los Angeles and other counties struggling to trace cases of the disease.

The nation's top infectious disease expert, Dr. Anthony Fauci, said on CNN Tuesday the main issue with testing is that results often do not come back for days, making it too late to do a proper job of contact tracing.

Since its crush of cases earlier this year, New York state has gotten the virus under control, reporting the fewest hospitalizations in four months on Monday and only two deaths on Tuesday.