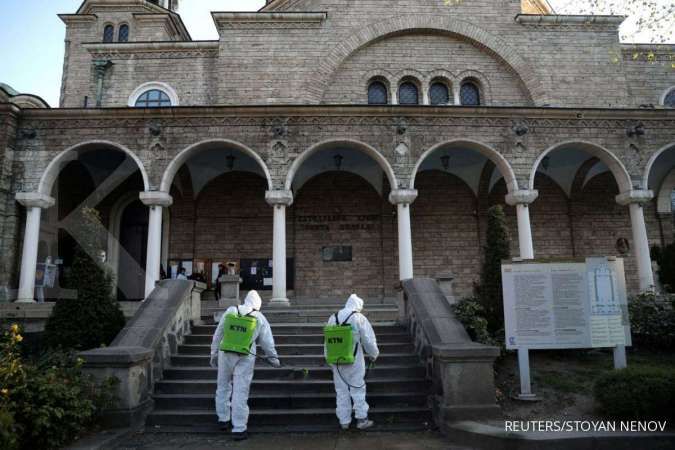 KONTAN.CO.ID - SOFIA. Bulgaria's capital Sofia, home to some 2 million people, will close nightclubs and discos on Sunday for two weeks as it grapples to contain a surge in coronavirus infections straining its health system, Mayor Yordanka Fankakova said on Saturday.

Speaking on national BTV television, Fankakova also urged Sofia universities to switch to online education and appealed to businesses to have as many employees as possible work from home.

"The situation is Sofia is becoming increasingly alarming. We have a new increase in infections and of people who need hospital treatment. This is straining the hospitals," she said.

Bulgaria, like many other European Union countries, is seeing a steep rise in new infections over the past three weeks. There were 1,589 new infections reported on Saturday in the country of 7 million people, bringing the total to 36,519.

New cases in Sofia alone were 584, data from the coronavirus information platform showed.

Smaller provincial cities with high numbers of infections like Pernik, 36 km west of Sofia, as well as Sliven in the southwest and Shumen in the northeast, have also opted to close nightclubs for two weeks.

The fast spread of the infection is putting the Balkan country's health system under great stress and Bulgarian authorities have banned non-urgent surgeries in regions that have more than 120 infections per 100,000 people to provide more bed capacity for COVID patients.

As of Saturday, some 1,886 people with COVID-19 were being treated in hospitals, with 127 in intensive care.

Prime Minister Boyko Borissov along with three ministers of his cabinet have been self-isolating since Friday after a deputy minister they were in contact with tested positive for the virus.