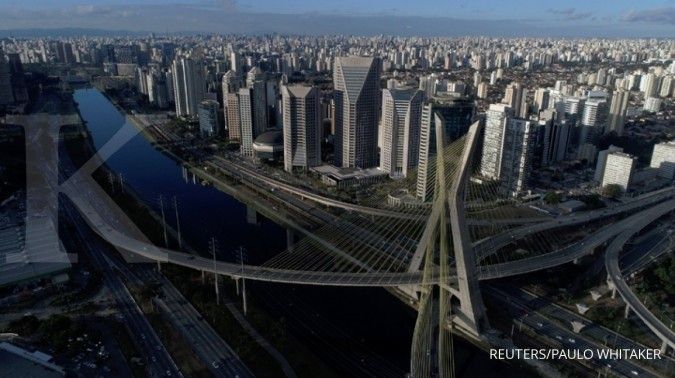 Gross domestic product rose 0.4% in the three months to September, government statistics agency IBGE said on Thursday, below the 0.7% growth forecast by economists polled by Reuters.

Brazil's central bank have raised borrowing costs to a nearly six-year high to battle double-digit inflation this year, which has begun to weigh on domestic demand.

Economists warn that if Lula unleashes a surge of new government spending, the central bank may not cut rates as expected.

"The balance of risks for 2023 are to the downside, due mostly to politics and the deterioration of the fiscal picture, which could keep interest rates high for even longer," wrote economist Andres Abadia of Pantheon Macroeconomics in a note.

Household consumption rose just 1%, down from 2.1% in the second quarter, while fixed investments gained 2.8% and a burst of election-year spending lifted government expenditures 1.3%.

On the production side, farm output fell 0.9% in the quarter due to a delayed sugar cane harvest, while industrial output advanced 0.8% and the dominant services sector rose 1.1%.

This was the fifth consecutive quarter of expansion, putting activity in Latin America's largest economy 4.5% above its pre-pandemic level in the fourth quarter of 2019.

"The clear message from today's figures is that the economy is losing momentum," said William Jackson, chief emerging markets economist at Capital Economics, predicting an even weaker fourth quarter due to a worsening global outlook and high interest rates.

"We're sticking to our view that while the economy will grow by 3% this year, it will expand by little more than 1% in 2023," he wrote in a note to clients.

The government of outgoing President Jair Bolsonaro forecasts GDP to rise by 2.7% this year and 2.1% in 2023.

President-elect Lula, who will be sworn in on Jan. 1, is pushing to exclude a major welfare programme from Brazil's constitutional spending cap, opening space for more public expenditures to meet his campaign promises.

As Lula has still not proposed alternative fiscal rules to keep a lid on public debt, his push for more spending has created doubts about monetary policy and pushed up Brazil's yield curve, implying higher financing costs for the government's hefty interest bill.

The central bank paused its tightening cycle in September after 12 consecutive hikes that raised the benchmark interest rate to 13.75% from a record-low 2% in March 2021.

Brazil's GDP expanded by 3.6% from the third quarter of 2021, IBGE reported on Thursday, slightly below the 3.7% rise forecast by economists polled by Reuters.