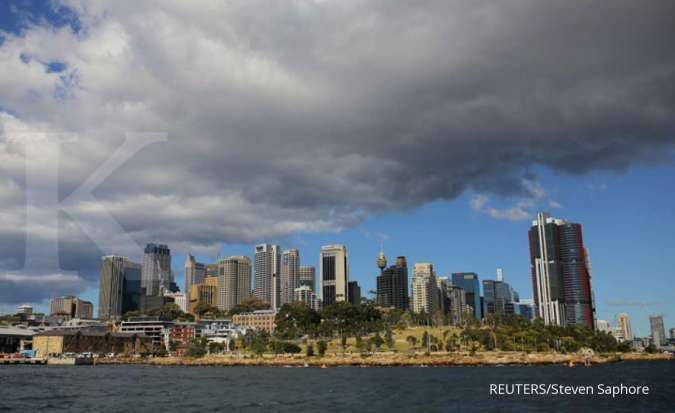 Data from the Australian Bureau of Statistics out on Wednesday showed gross domestic product (GDP) jumped 3.4% in the fourth quarter from the third, when it slid 1.9%.

That topped market forecasts of 3.0% while growth for the year accelerated to a rapid 4.2%.

The upbeat data support the Reserve Bank of Australia's (RBA) optimistic outlook for the economy outlined in its monthly policy statement on Tuesday.

Lowe recently said it was plausible a first rate rise could come later this year if the economy continues to recover.

Financial markets were pricing in a hike as early as June but have pushed that out to July in recent days as the Russian invasion of Ukraine darkened the global outlook.

Indeed, markets have sharply scaled back the expected pace of tightening in the United States, Britain and Canada, and are even toying with the idea of renewed stimulus in the EU.

Analysts assume the direct impact of the war o Australia will be limited given it has few trade ties with Russia and Ukraine, and could even benefit from higher commodity prices given it is a major exporter of liquefied natural gas and coal.

Australians have also built a big buffer of cash in the last year or two with the household savings rate at a still-high 13.6% in the December quarter.

They have not been afraid to splash out with household consumption surging 6.3% in the quarter and adding 3.2 percentage points to GDP.

On the downside, business investment disappointed, while government spending and trade were also small drags on growth.

Total output for the year reached A$2.17 trillion ($1.58 trillion) in current dollars - about the same as Russia's GDP before the latest collapse in the rouble. Annual growth in nominal terms up a whopping 10.2%, pointing to a windfall for government tax revenue.

All signs are the recovery has continued with retail sales jumping a hefty 1.8% in January despite an outbreak of Omicron, while banks are reporting spending on cards in February was well up on last year.

"The conditions for a further strong recovery remain in place," said Marcel Thieliant, a senior economist at Capital Economics. "After all, with household disposable income up 11% over the last couple of years whereas nominal consumption has only risen 4%."

"Our forecast that GDP will expand by 4.5% this year."