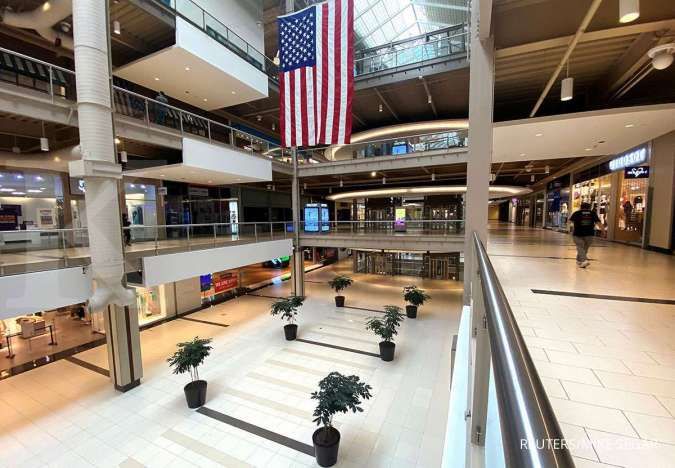 KONTAN.CO.ID - WASHINGTON. U.S. retail sales unexpectedly increased in June as demand for goods remained strong even as spending is shifting back to services, bolstering expectations that economic growth accelerated in the second quarter.

Retail sales rebounded 0.6% last month, the Commerce Department said on Friday. Data for May was revised down to show sales falling 1.7% instead of declining 1.3% as previously reported.

Economists polled by Reuters had forecast retail sales dropping 0.4%. But shortages of motor vehicles because of a global semiconductor supply squeeze, which is undercutting production, are hampering sales of automobiles.

Sales of some household appliances have also been impacted by the chip shortage.

"We expect supply issues and dwindling auto inventories to continue to limit auto sales in the coming months," said Veronica Clark, an economist at Citigroup in New York.

Demand shifted to goods like electronics and motor vehicles during the pandemic as millions of people worked from home, took online classes and avoided public transportation.

Spending is now rotating back to services like travel and entertainment, with at least 160 million Americans fully vaccinated against COVID-19. Retail sales are mostly goods, with services such as healthcare, education, travel and hotel accommodation make the remaining portion of consumer spending.

Restaurants and bars are the only services category in the retail sales report.

Excluding automobiles, gasoline, building materials and food services, retail sales increased 1.1% last month after a downwardly revised 1.4% decrease in May. These so-called core retail sales correspond most closely with the consumer spending component of gross domestic product. They were previously estimated to have dropped 0.7% in May.

"With the economy re-opening, services spending has begun to pick up and could pull some spending away from goods toward some services that are not captured in the retail sales report," Kevin Cummins, chief U.S. economist at NatWest Markets in Stamford, Connecticut.

Economists expect consumer spending, which accounts for more than two-thirds of U.S. economic activity, logged double-digit growth in the second quarter. Consumer spending grew at an 11.4% annualized rate in the first quarter.

Households accumulated at least $2.5 trillion in excess savings during the pandemic, which is expected to drive spending this year and beyond. From July through December some households will receive income under the expanded Child Tax Credit program, which will soften the blow of an early termination of government-funded unemployment benefits at least 24 states.

Gross domestic product growth estimates for this quarter are around a 9% rate, which would be an acceleration from the 6.4% pace notched in the first quarter. Economists believe the economy could achieve growth of at least 7% this year. That would be the fastest growth since 1984. The economy contracted 3.5% in 2020, its worst performance in 74 years.