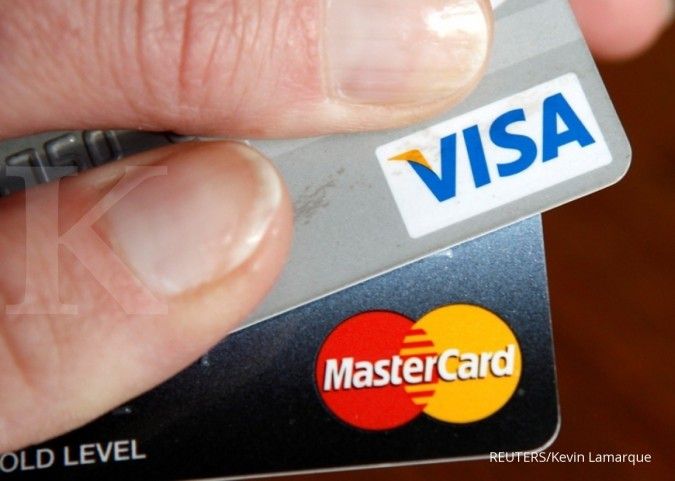 The change will allow the U.S. companies to process credit card transactions without having to partner with a local company in Indonesia, the sources said.

Indonesia's decision represented a major lobbying victory for U.S. payment companies in efforts to beat back a host of new regulations in Asia and elsewhere around data storage or the promotion of local payment networks over foreign ones.

The lobbying effort in Indonesia was detailed in more than 200 pages of email communications between U.S. trade officials and executives of card companies that Reuters obtained under the U.S. Freedom of Information Act.

The emails, dated between April 2018 and August 2019, also showed that Mastercard lobbied the office of the United States Trade Representative (USTR) to oppose new data rules and local payment systems in India, Vietnam, Laos, Ukraine and Ghana. Visa was looped into several of the discussions, the emails showed.

While American firms often lobby the U.S. administration on business issues, those discussions usually happen behind closed doors and are not made public.

The Indonesian rules would have required foreign firms to process credit and debit card transactions onshore in partnership with a domestic partner under Indonesia's payment network, known as the National Payment Gateway (NPG). The decision would have hit the companies by reducing their earnings in Indonesia, especially on the more lucrative credit card fee.

U.S. trade officials made changing that rule a top demand if Indonesia were to retain a privileged trade status known as the Generalized System of Preferences (GSP), three Indonesian officials and two industry sources involved in the negotiations told Reuters. GSP gives Indonesia lower tariffs on exports to the United States worth $2 billion annually.

As a result, Indonesia's central bank agreed to exclude all credit card transactions from the NPG, the sources said.

"The U.S. side made clear the National Payment Gateway was a main demand if Indonesia wanted GSP. The U.S. side was dead-set on this," said one of the industry sources.

The decision to exclude credit cards from the NPG has not previously been made public.

Indonesia now expects to retain its GSP status, officials said, though negotiations are ongoing. A spokesman for Indonesia's central bank said its role in the GSP talks was over and credit cards would not be regulated under the new system in the near term.

The spokesman did not comment on the U.S. pressure. But Rizal Affandi Lukman, an Indonesian deputy minister involved in the negotiations, said the decision was taken independently, adding that the central bank can't "be steered by the U.S."

The office of the USTR in Washington did not respond to requests for comment.

Mastercard and Visa did not answer questions from Reuters on their lobbying efforts. In a statement, Mastercard said any change in the regulatory environment in Indonesia "to support global partners participating is a result of conversations between the U.S. and Indonesian governments as part of their ongoing negotiations".

Visa said it "routinely engages with governments around the world to promote the value of digital payments and to advocate for open markets, free trade, and global competition."

USTR has long advocated for Mastercard, Visa and American Express to have unrestricted access to developing countries, particularly in China, where they cannot operate independently in the yuan currency card market.

China's unwillingness to grant the U.S. card firms licenses to operate is one of many market access issues now under discussion in the U.S.-China trade talks led by USTR.

Countries such as Indonesia, the world's fourth most populous, offer massive growth opportunities for companies as the use of digital payments booms. JPMorgan estimates card usage for online spending in Indonesia will grow 39% a year to 2021.

Mastercard's recommendation that the extension of Indonesia's GSP status should be contingent on changing the NPG rules came in an email sent to a USTR official by the company's public policy executive in Indonesia, Wilson Siahaan, on Nov. 2.

"If the GSP were to be signed, it should include notes on some key open items," according to a Mastercard briefing document sent by Siahaan that listed "exclusion of credit card" among pending issues.

On Nov. 28, Siahaan learned Indonesia had decided to exclude credit cards from the NPG and sent a thank you note. The decision is "great news and we appreciate your help," he wrote in his e-mail to the USTR official, sending a copy to Visa.

Siahaan did not respond to a request for comment.

In contrast to the success in Indonesia, companies including Mastercard and Visa failed to convince India's central bank to relax rules that force them to store data locally, Reuters reported last year.

The United States in June stripped India's special trade privilege citing "a wide array of trade barriers", though it did not specifically cite its concerns over data storage rules.

Mastercard also opposed a sweeping cybersecurity law in Vietnam, which was approved in 2018 and requires companies to set up local offices and store user data locally.

Mastercard's vice president for public policy, Sahra English, told the USTR in one of the emails seen by Reuters that Vietnam's localization requirements could cost the company "tens of millions" of dollars because it would require the company to localize systems and processes.

It is not clear to what extent the USTR lobbied Vietnam. But the agency told Mastercard and Visa executives in an email that, in regards to a separate payments regulation, Vietnam's central bank had agreed to defer by a year, to 2020, a provision forcing foreign card companies to route transactions through a firm approved by the State Bank of Vietnam (SBV).

"SBV hopes that the extension of the effective date will facilitate the two sides having enough time to work out appropriate technical solutions," a USTR official wrote in an e-mail on Nov. 14, 2018.

A Mastercard executive responded: "Many thanks for this piece of info and your relentless support".

Vietnam's foreign ministry and central bank did not respond to requests for comment.