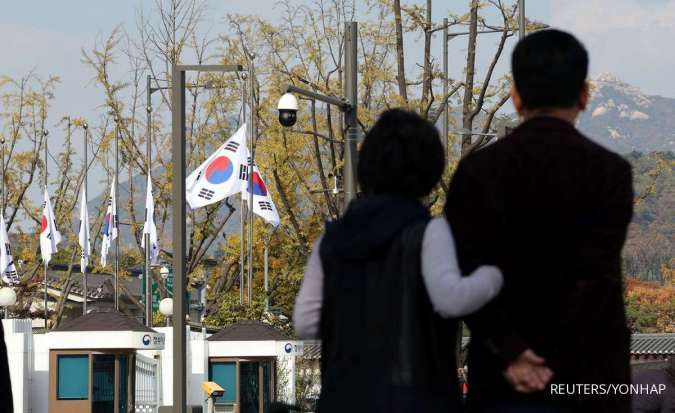 KONTAN.CO.ID - SEOUL. South Korea's economy contracted in the final quarter of 2022 for the first time in 2-1/2 years, as a post-pandemic spending spree faded and global trade tumbled, central bank estimates showed on Thursday.

Gross domestic product (GDP) shrank 0.4% in the October-December period from the previous quarter, the Bank of Korea estimated, after a 0.3% gain in the July-September quarter. Economists in a Reuters poll had expected a 0.3% fall.

Leading the first GDP decline since the second quarter of 2020 were losses of 5.8% in exports and 0.4% in private consumption, whereas government spending posted a sharp 3.2% increase, the central bank estimates showed.

Fourth-quarter 2022 GDP was 1.4% higher than a year earlier, compared with a 3.1% annual gain seen in the third quarter and the 1.5% forecast in the poll.

The central bank's latest growth forecast for 2023 full-year GDP is 1.7%, but its warning this month that it might downgrade that outlook prompted investors to bet that its Jan. 13 interest rate rise had marked the end of a tightening cycle that began in August 2021.

South Koreans spent heavily on consumption after pandemic controls were removed by early 2022, but spending behaviour has since returned to more normal levels. This has occurred just as demand for South Korean exports has declined with the weakening of foreign economies subject to interest rate rises aimed at containing inflation.