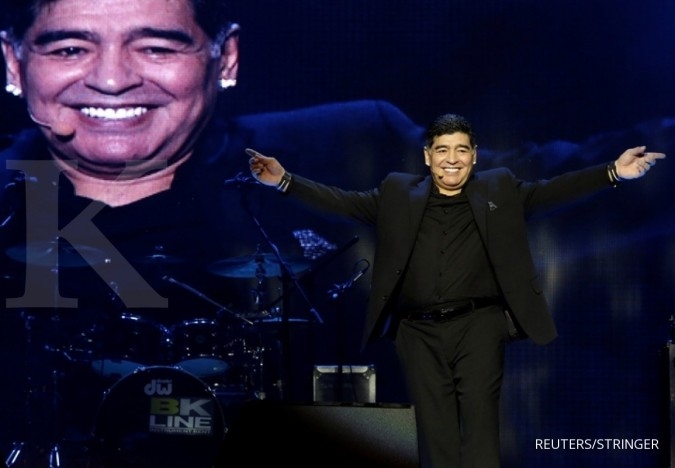 KONTAN.CO.ID - BUENOS AIRES. Diego Maradona, widely regarded as one of the greatest soccer players of all time before drug and alcohol addiction marred his career, died on Wednesday at his home in Argentina after suffering a heart attack, his lawyer said. He was 60.

Beloved in his homeland after leading Argentina to World Cup glory in 1986 and adored in Italy for taking Napoli to two Serie A titles, Maradona was a uniquely gifted player who rose from the tough streets of Buenos Aires to reach the pinnacle of his sport.

He suffered a heart attack at his home on the outskirts of Buenos Aires on Wednesday, acquaintances of the former player said. His death was confirmed by his lawyer.

In Buenos Aires, people began pouring on to the streets to mourn the nation's favourite son, gathering in the San Andres neighbourhood where he lived, in Boca, the gritty barrio where he first became a star, and in the nearby city of La Plata where he had lately been technical director for local team Gimnasia y Esgrima.

The Argentine government has declared three days of mourning. President Alberto Fernandez said in a tweet, "You took us to the highest point in the world, and made us immensely happy. You were the greatest of all. Thank you for having been with us, Diego. We will miss you all our lives."

A wake would take place at Casa Rosada presidential palace from Thursday until Saturday, a government spokesman said.

Pope Francis, an Argentine and a football fan, was remembering Maradona in his prayers, the Vatican said.