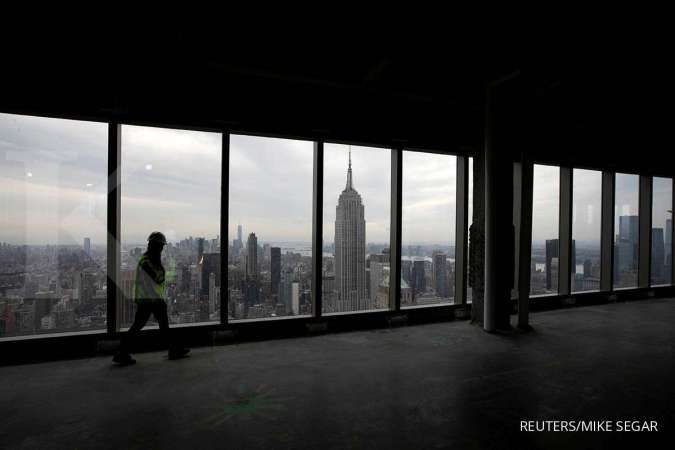 ILUSTRASI. U.S. job growth likely slowed further in September as the recovery from the COVID-19 slump shifts into lower gear.

KONTAN.CO.ID - WASHINGTON. U.S. job growth likely slowed further in September as the recovery from the COVID-19 slump shifts into lower gear amid diminishing government money and a relentless pandemic, leaving many at the risk of being permanently unemployed.

The Labor Department’s closely watched employment report on Friday will be the last before the fiercely contested Nov. 3 presidential election for which the economic blow from the pandemic has been a top issue. Republican President Donald Trump is likely to see the fifth straight month of job gains as a sign of progress for an economy that plunged into recession in February.

But September’s anticipated employment gains would be the smallest since the jobs recovery started in May and would still leave the labor market a long way from recouping the 22.2 million jobs lost in March and April. Former Vice President Joe Biden, the Democratic Party nominee, blames the economic turmoil on the White House’s handling of the pandemic, which has killed more than 200,000 people and infected over 7 million in the nation.

“The recovery continues but at slower rate in part because the government stimulus has diminished significantly,” said Sung Won Sohn, a finance and economics professor at Loyola Marymount University in Los Angeles. “We are seeing more layoffs and bankruptcies, and until the next government comes in with more support, I would not be surprised to see a renewed decline in employment toward the end of the year.”

According to a Reuters survey of economists nonfarm payrolls likely rose by 850,000 jobs last month after increasing 1.371 million in August amid the hiring of nearly a quarter million workers for the 2020 Census. That would leave employment 10.7 million below its level in February.

Though payrolls have beat forecasts over the past months, that has not changed the narrative of slower growth heading into the fourth quarter. Employment growth peaked in June when payrolls jumped by a record 4.781 million jobs.

Third-quarter gross domestic product growth estimates are topping a 32% annualized rate, reversing a historic 31.4% pace of contraction in the April-June quarter. Growth estimates for the fourth quarter have been cut to around a 2.5% rate from above a 10% pace.

House of Representatives Speaker Nancy Pelosi, a Democrat, and Treasury Secretary Steven Mnuchin are working toward a bipartisan agreement for another rescue package for businesses and the unemployed.

New coronavirus cases are rising, with a surge expected in the fall, which could lead to some restrictions being imposed on businesses in the services sector. Political uncertainty is rising and could extend beyond the election, and make businesses cautious about hiring.

Several months after operations resumed, demand has remained poor, especially in the services sector, leading some businesses to permanently shut down or lay off more workers.

Walt Disney Co. said this week it would lay off roughly 28,000 employees in its theme parks division. American Airlines and United Airlines, two of the largest U.S. carriers, said they were beginning furloughs of more than 32,000 workers on Thursday, absent additional government assistance.

As the pandemic drags on, furloughed workers are in danger of losing their jobs permanently. There were 3.4 million people who had lost their employment for good in August, accounting for 25% of the 13.6 million unemployed.

“One reason for temporary job losses becoming permanent is the length of the pandemic, the longer it runs, the higher the chances of business failures,” said Beth Ann Bovino, chief U.S. economist at S&P Global in New York.

“On top of that, if state and local governments, which are some of the country’s largest employers, don’t get budget relief from the federal government, there will likely be more pressure to cut positions, rather than just furlough employees.”

Government payrolls are expected to have been flat or declined in September because of the departure of the temporary Census hires and layoffs at state and local government education departments as many school districts shift to online learning.

The unemployment rate is forecast falling to 8.2% in September from 8.4% in August. The jobless rate has declined from a high of 14.7% in April. It has been biased down by people misclassifying themselves as being “employed but absent from work.” With many now enduring long spells of joblessness, economists believe the unemployment rate will not see its pre-pandemic level of 3.5% until mid-2024.

“The longer one is unemployed, the lower the chances they can find another job,” said Alexander Lin, a U.S. economist at Bank of America Securities in New York. “Longer spells of unemployment also lead to lower reemployment wages as skills and employee bargaining power erode.”

The loss of jobs in the low-wage services industries like restaurants and bars has distorted wage growth. Average hourly earnings are forecast rising 0.2% in September after increasing 0.4% in August. That would lift the annual wage growth to 4.8% from 4.7% in August.