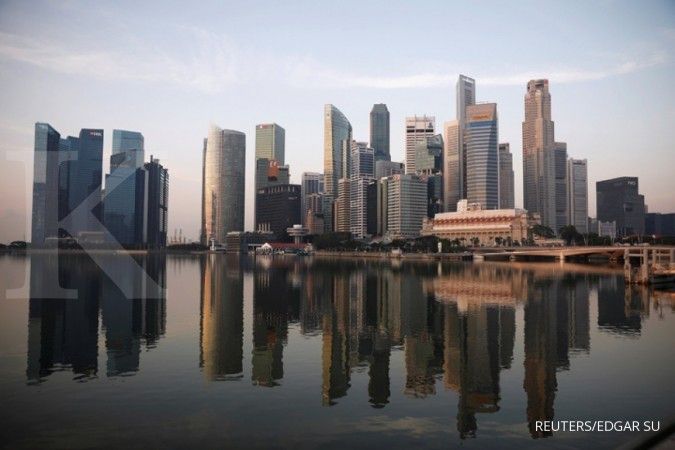 ILUSTRASI. A view of the skyline of Singapore October 16, 2018. REUTERS/Edgar Su

KONTAN.CO.ID - ​SINGAPORE. Singapore, a regional hub for technology firms, will change its tax system as needed once there is a global consensus, its finance minister said on Tuesday, after the world's rich nations agreed there should be a minimum corporate tax rate of 15%.

Singapore, a low-tax jurisdiction where several multinationals including Alphabet's Google, Microsoft and Facebook have regional headquarters, has a rate of 17% but provides incentives and schemes which reduce the effective rate.

The Group of Seven (G7) advanced economies agreed on Saturday to back a minimum global corporate tax rate of at least 15%, and experts say that could lead to a gradual phasing out of concessionary tax rates in Singapore.

Responding to the G7 agreement, Singapore's Finance Minister Lawrence Wong said in a Facebook post, that the city-state's authorities would make any necessary changes to the corporate tax system "when a global consensus is reached."

The G7's proposals are seen targeting technology companies that sell services remotely and attribute much of their profits to intellectual property held in low-tax jurisdictions.

"The new rules should not inadvertently weaken the incentives for businesses to invest and innovate," Wong said in a Facebook post. "Otherwise, countries will all be worse off, fighting over our share of a shrinking revenue pie."

Wong said it was too early to assess the impact on revenue from the G7 proposals.

The G7 agreement "spells bad news for Singapore as it is likely to have an overall negative impact on Singapore's competitiveness to attract global companies," said Simon Poh, professor of accounting at the National University of Singapore Business School.

Singapore's competitiveness was not just based on its low tax rates and generous incentive programme, according to Wong.