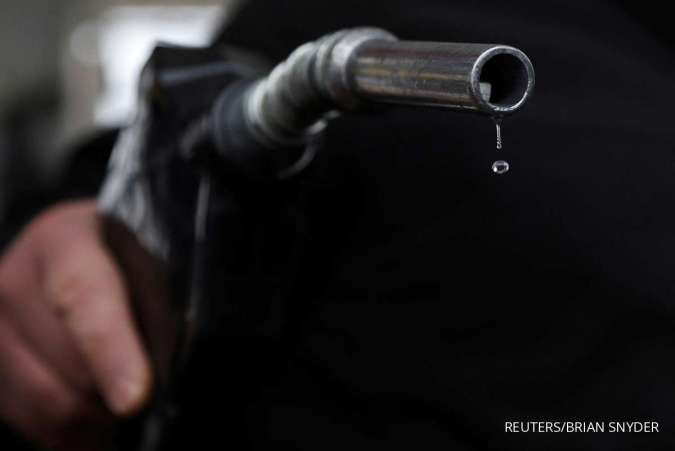 ILUSTRASI. Oil prices slipped on Monday alongside equities and weighed down by a strong dollar and demand concerns.

KONTAN.CO.ID - LONDON. Oil prices slipped on Monday alongside equities and weighed down by a strong dollar and demand concerns on the back of continued coronavirus lockdowns in China, the world top oil importer.

The dollar hitting a fresh two-decade high made oil more expensive for holders of other currencies.

Global financial markets have been spooked by concerns over interest rate hikes and recession worries as tighter and wider COVID-19 lockdowns in China led to slower export growth in the world's No. 2 economy in April.

"The full extent of Chinese oil demand destruction has yet to be felt," said PVM analyst Stephen Brennock, adding he expected oil demand forecasts from the International Energy Agency and others to be revised down in upcoming data releases.

Crude imports by China fell 4.8% in the first four months compared with last year, but included a nearly 7% rise in April.

On the supply side, Saudi Arabia, the world's top oil exporter, lowered crude prices for Asia and Europe for June.

In Russia, oil output rose in early May from April and production has stabilised, Deputy Prime Minister Alexander Novak was cited as saying, after output fell in April in the wake of Western sanctions imposed over the Ukraine crisis.

Last week, the European Commission proposed a phased embargo on Russian oil, boosting Brent and WTI prices for the second straight week. However, the proposal requires a unanimous vote among EU members this week, which has yet to transpire.

The European Commission is considering offering landlocked eastern European Union states more money to upgrade oil infrastructure in a bid to convince them to agree, an EU source told Reuters on Monday.