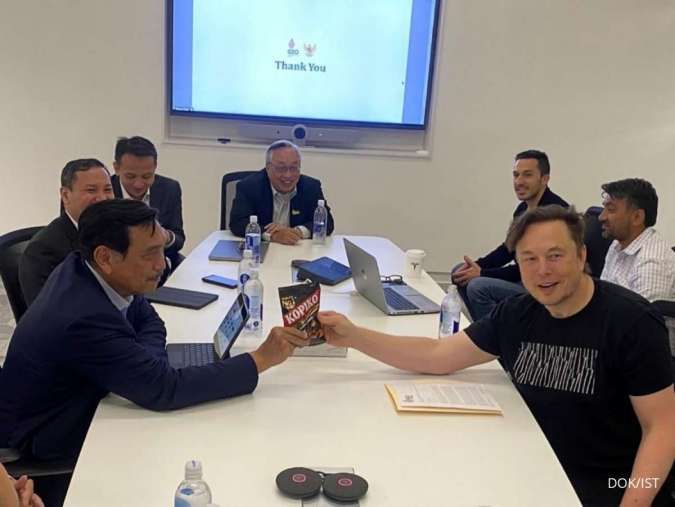 KONTAN.CO.ID - JAKARTA. Indonesian President Joko Widodo is planning to meet Elon Musk during an upcoming U.S. visit, a minister said on Monday, as the Southeast Asian country seeks to accelerate development of its nickel industry to supply batteries for electric vehicles.

Representatives of Musk's EV maker Tesla Inc were currently in Indonesia and due to visit the nickel production hub of Morawali on Sulawesi island, Coordinating Minister of Investment and Maritime Affairs Luhut Binsar Pandjaitan said.

"They will visit Morowali... They are very satisfied with the data they have received so far," Luhut told a streamed media briefing.

In an Instagram post after meeting Musk in Texas in April, Luhut had said he hoped for "discussions regarding the progress of Indonesia’s nickel industry development, which is high-tech, which can bring our country into the global supply chain of the electric vehicle industry."

The Indonesian president, widely known as Jokowi, is due to travel to the United States this week for a summit of Southeast Asian leaders in Washington.

Asked about a meeting between Jokowi and Musk, Luhut said "we're arranging where the meeting will be."

Tesla did not immediately respond to an email seeking comment.

Southeast Asia's biggest economy has struck multi-billion dollar deals with South Korean and Chinese companies to take advantage of its nickel resources and has been trying to woo Tesla for some time.