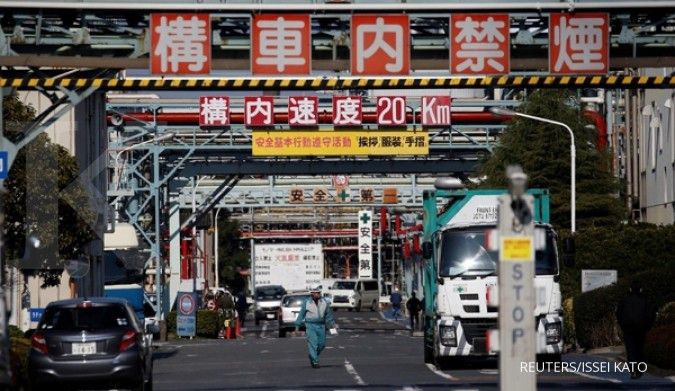 KONTAN.CO.ID - ​TOKYO. Japan's factory activity grew at the fastest pace in four years in January as output growth picked up, though pressure from a persistent chip shortage, rising input prices and the coronavirus pandemic clouded the outlook.

However, activity in the private sector as a whole slipped into contraction for the first time in four months as a surge in Omicron variant coronavirus cases hurt customer-facing businesses in the services industry.

The au Jibun Bank Flash Japan Manufacturing Purchasing Managers' Index (PMI) rose to a seasonally adjusted 54.6 from the prior month's final of 54.3 to mark the fastest pace of expansion since January 2018.

But worries about the Omicron variant amid a record surge in new coronavirus infections and a reintroduction of COVID-19 curbs in parts of the country greatly hurt activity in the services sector.

The au Jibun Ban Flash Services PMI Index slumped to a seasonally adjusted 46.6 from December's final 52.1 to contract at the fastest pace in five months.

The rate of job shedding in the sector quickened for the second consecutive month to reach its fastest since May 2020, the survey showed.

"Disruption was also reported in the labour market, where employment levels fell for the first time in a year."

The au Jibun Bank Flash Japan Composite PMI, which is calculated by using both manufacturing and services, dropped to 48.8 from last month's final of 52.5.