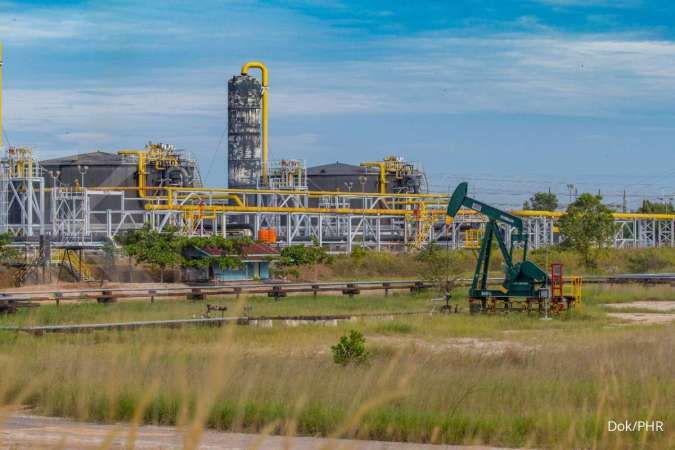 KONTAN.CO.ID - JAKARTA. Indonesia's PT Pertamina aims to increase output at the Rokan block to 165,000 barrels of oil per day by the end of the year, as the state energy company takes over operations at the block from Chevron, regulator SKK Migas said in a statement.

The government decided in 2018 that the operation of Rokan, Indonesia’s second-biggest crude oil producing block, would be transferred to Pertamina https://www.reuters.com/article/indonesia-pertamina-idINL3N2EM1RS when Chevron Pacific Indonesia’s contract expired this month.

Pertamina planned to drill 161 new wells at the block between August and December to increase production, which by the end of July stood at 160,500 bpd and 41 million cubic feet of natural gas per day, the statement said.

The state energy company aimed to invest more than $2 billion in Rokan on Sumatra island in the period to 2025, Pertamina chief executive Nicke Widyawati said in a streamed handover ceremony.

"Pertamina is committed to maintain post-transfer production by conducting predetermined drilling," Nicke said at the ceremony, adding that on top of drilling this year, in 2022 an additional 500 wells were planned.

Chevron had sought to extend its operating contract beyond 2021 at Rokan, which makes up about a quarter of Indonesia's total crude oil production. It has produced 11.69 billion barrels of crude oil since it started production in 1951.