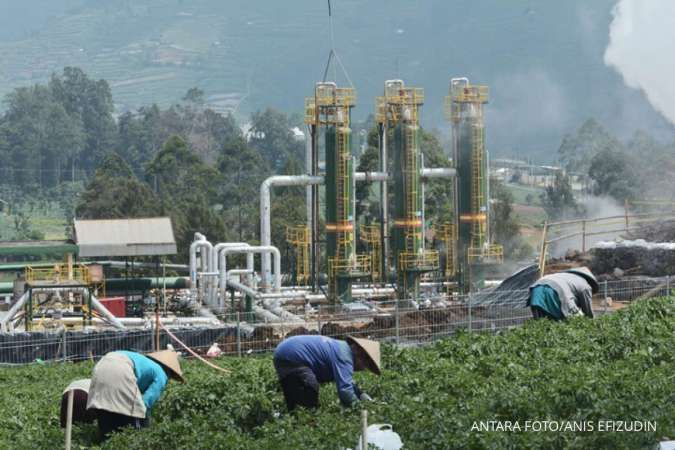 ILUSTRASI. Indonesia set a goal to achieve net-zero emissions by 2060

KONTAN.CO.ID - JAKARTA. Indonesia has issued a regulation to encourage renewable energy use in one of the world's biggest carbon emitters, including a plan to retire some coal plants early, a presidential decree said.

The world's largest exporter of coal aims to increase the proportion of renewables in its energy mix to 23% by 2025, but has only reached around 12% so far. Coal currently powers around 60% of the country's electricity needs.

Indonesia set a goal last year to achieve net-zero emissions by 2060 and pledged alongside dozens of other countries to phase down coal use to help limit global warming to less than 1.5 degrees Celsius above pre-industrial levels.

Authorities have been instructed to create a plan for early retirement of some coal power plants and the government could help absorb any losses incurred, according to the regulation issued late on Wednesday.

Southeast Asia's biggest economy said in the regulation no new coal power plants can be built, but those that are already in the pipeline and those that are integrated with the natural resources processing industry will be allowed to go ahead as planned.

However, emissions by new coal power plants must be reduced by 35% within 10 years of operation compared to average coal plant emissions in 2021, the document read, and could only be operated up to 2050.

The government also set a new pricing system for each type of renewable energy source - geothermal, hydro power, and solar power - to encourage investment. Developers previously had to go through a lengthy negotiation process with the state utility company to reach a pricing agreement.