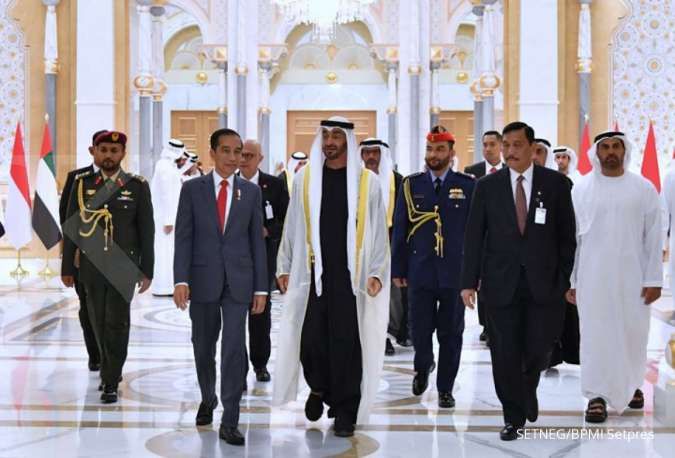 Widodo witnessed the signing of the deals with Abu Dhabi Crown Prince Sheikh Mohammed Bin Zayed over the weekend during an official visit to Abu Dhabi, the Indonesian president said in a tweet.

Widodo, who began his second term in office in October, is keen for an increase in foreign investment to help create jobs and boost growth in Southeast Asia's biggest economy, where economic growth has hovered at around 5% for several years.

It said they included an agreement for ADNOC to supply 528,000 tonnes of liquid petroleum gas (LPG) to Pertamina by the end of 2020.

Pertamina and ADNOC signed a memorandum of understanding to explore the potential development of a petrochemicals complex in Balongan, West Java, ADNOC said in a statement on Monday.

The agreements with the Indonesian firms "will potentially help ADNOC to secure in-market presence in one of Southeast Asia's fastest-growing economies," Sultan Ahmed Al Jaber, UAE Minister of State and ADNOC Group CEO, said in the statement.

Widodo said five agreements were also signed between the governments. They covered education, health, agriculture and counter-terrorism, according to Foreign Minister Retno Marsudi.

Japan's Softbank and the U.S. International Development Finance Corp (IDFC) were also interested in taking part in the fund, a statement from Pandjaitan said.

The UAE would be able to use the fund to invest in the development of Indonesia's proposed new capital in East Kalimantan province on Borneo island.

It is also interested in investing in a property development in Aceh province on the island of Sumatra, Pandjaitan said.