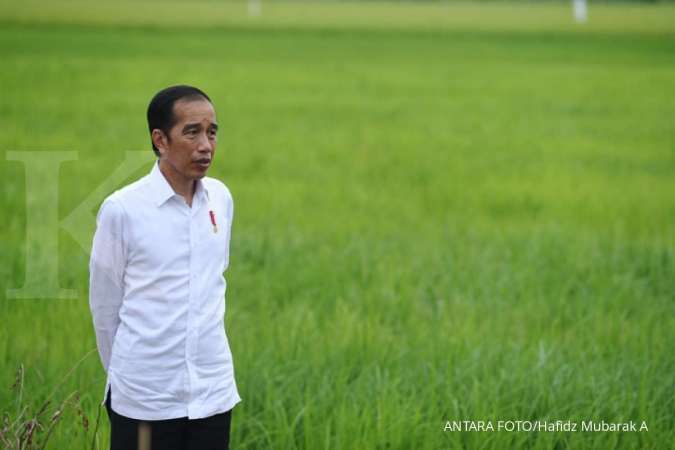 KONTAN.CO.ID - JAKARTA. Indonesia has started developing a food estate to grow rice, corn and other crops that should eventually span the archipelago and aims to curb reliance on food imports in the world's fourth most populous country, President Joko Widodo said on Wednesday.

The project, which is spearhead by the president's former rival turned minister Prabowo Subianto, is expected to cover an area of 770,000 hectares (1,903,000 acres), or more than ten times the size of Singapore.

The estate will allocate 148,000 hectares to rice and 622,000 hectares of non-irrigated land for crops like maize, said the president, who is widely known as Jokowi.

The food estate will be first located in Central Kalimantan on Borneo island and in North Sumatra, and will be extended to West Papua, East Nusa Tenggara and South Sumatra, Jokowi said in a televised cabinet meeting.

"Infrastructure support and road access will also be carried out in the field immediately so that... large modern agricultural tools will not experience difficulties," he said.

Self-sufficiency in food, sometimes via ambitious projects, has long been a target for Indonesian politicians, given the country is a top importer of wheat and rice.

In the case of rice, a high-profile attempt by former autocrat Suharto to restore Indonesia’s self-sufficiency in the 1990s under Central Kalimantan’s Mega Rice Project proved disastrous due to the ill-suited peat land.

Green groups have also criticised the latest plan and warned of the risk that dried out peatland could trigger devastating forest fires.

Defense minister Prabowo said after the announcement the project was needed now due to food scarcity warnings by the Food and Agriculture Organisation of the United Nations amid the COVID-19 pandemic.

He also said the government wanted to "ensure that we don't depend on foreign supplies".

Prabowo said the project would initially grow 30,000 hectares of cassava and this would rise to 1.4 million by the end of 2025 with its flour used as an ingredient of staples like bread and noodles.