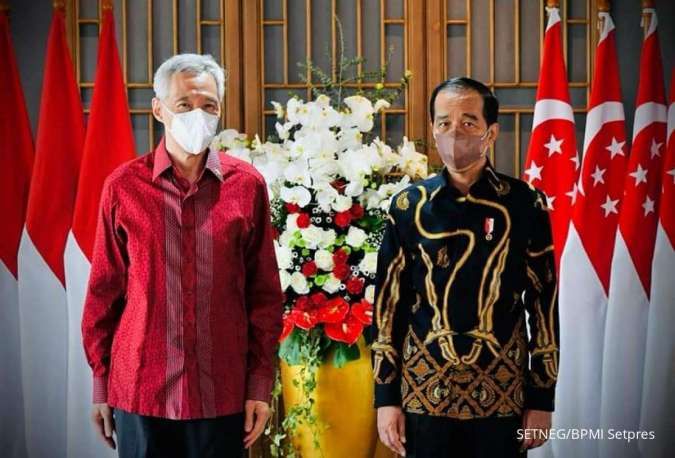 KONTAN.CO.ID - JAKARTA. Indonesia and Singapore signed on Tuesday a bilateral extradition agreement, a move that Jakarta expects to help authorities in their effort to bring to justice people accused of stashing offshore billions of dollars in state money.

The signings follow a meeting between President Joko Widodo and Singapore Prime Minister Lee Hsien Loong on the Indonesian island of Bintan as part of their annual leaders' retreat.

The issue of extradition has long been a frustration for Indonesia because of concerns over the difficulty of bringing some fugitives accused of embezzling large sums during the Asian financial crisis to justice.

"The extradition treaty will enhance cooperation and combating crime and send a clear, positive signal to investors," Prime Minister Lee said at the signing ceremony.

Under the extradition agreement, people who had committed 31 types of crime will be liable to be extradited and it will apply to offences committed up to 18 years ago, a statement from Indonesia's investment and maritime affairs ministry said.

The agreement would also mean that people would not be able to escape justice by changing their citizenship, it said.

"Therefore, the implementation of the criminal extradition agreement will create a deterrence effect for felonies in Indonesia and Singapore," the statement said.

In 2007, Indonesian President Susilo Bambang Yudhoyono and Prime Minister Lee oversaw the signing of an extradition treaty and defence cooperation agreement, but it was never ratified by Indonesia's parliament.

Indonesia has set up a new so-called "BLBI" task force that is going after $8 billion of bailout funds given to bank owners and borrowers after the Asian financial crisis in the late 1990s that was never repaid.

The other agreements signed between the countries include one giving Indonesia more control of airspace over the Riau and Natuna islands, areas close to both countries, and a defence agreement.