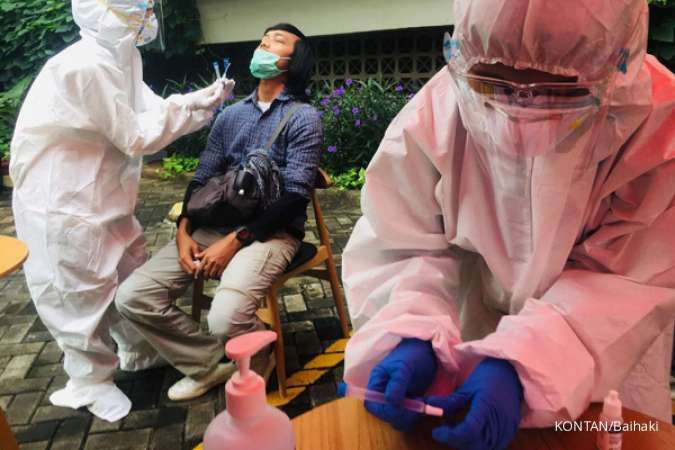 ILUSTRASI. Indonesia had recorded 999,256 coronavirus infections as of Monday

KONTAN.CO.ID - JAKARTA. Indonesia is set to officially surpass one million coronavirus cases on Tuesday, a grim milestone for the Southeast Asian nation that has struggled since last March to get the COVID-19 pandemic under control.

The world's fourth-most-populous country had recorded 999,256 coronavirus infections as of Monday, with the average daily increase running above 11,000 for more than a week, according to official data. Deaths from the respiratory disease have totalled 28,132.

Those numbers are some of the highest in Asia but health experts believe the true spread is likely to be far worse.

The government started its vaccination programme and tightened movement restrictions earlier this month as hospitals came under mounting strain.

Indonesia has been criticised for having among the lowest testing and contact-tracing rates globally, and for focusing on securing vaccines at the expense of trying to enforce health protocols.

"The government should be stricter, because we still can see crowds and those who don't wear masks," she said.

Muhaimin Zega, a 20-year-old college student, said the government should give "clear rules that people can understand".

"We can't put all blame on the people, it's the government's responsibility to control its people," he said.

Reisa Broto Asmoro, the spokeswoman for the government's COVID-19 task force, said 80% of people who had caught the virus had fully recovered.