Indonesia reinforces hospitals amid worrying COVID-19 surge in some areas 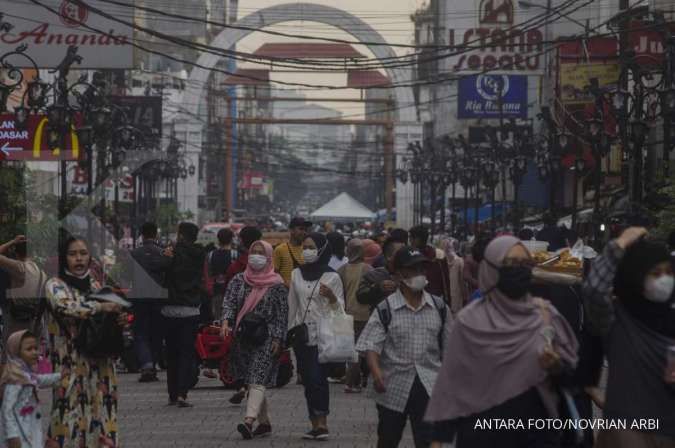 ILUSTRASI. Indonesian authorities have drafted in more doctors and nurses to two areas on the islands of Java and Madura . ANTARA FOTO/Novrian Arbi/rwa.

KONTAN.CO.ID - JAKARTA. Indonesian authorities have drafted in more doctors and nurses to two areas on the islands of Java and Madura after hospitals there approached full capacity amid a spike in coronavirus cases, the country's health minister said on Monday.

Health experts and officials are worried about the risk of a broader spike in virus cases fuelled by variants and a jump in travel last month as many in the world's biggest Muslim-majority country travelled back to hometowns for holidays after Ramadan.

In the district of Kudus in Java and Bangkalan in the neighbouring island of Madura, hospital capacity had hit at least 90%, according to media reports.

"There are regions or clusters that are experiencing a high surge," Health Minister Budi Gunadi Sadikin told a news conference, noting along with medical reinforcements some patients had been moved to other cities for treatment.

In Kudus, about 300 healthcare workers had contracted the respiratory disease, local media reported. Health officials in the areas were not immediately available for comment.

Meanwhile in Bandung, the capital of the country's most populated province of West Java, hospital capacity was at 79%, said Ahyani Raksanagara, the head of the city's health agency.

"We at the health ministry are preparing for the worst that all patients must be admitted to hospitals," said the minister.

Among the worst hit countries in Asia, Indonesia has reported about 1.86 million COVID-19 cases and over 51,000 deaths, with Monday's 6,993 infections the highest daily increase since March 4.

While Indonesia has not so far seen the type of even sharper spike in national infection numbers that have recently prompted lockdowns in neighbours like Malaysia, some medical experts warn that far stricter controls are urgently needed.