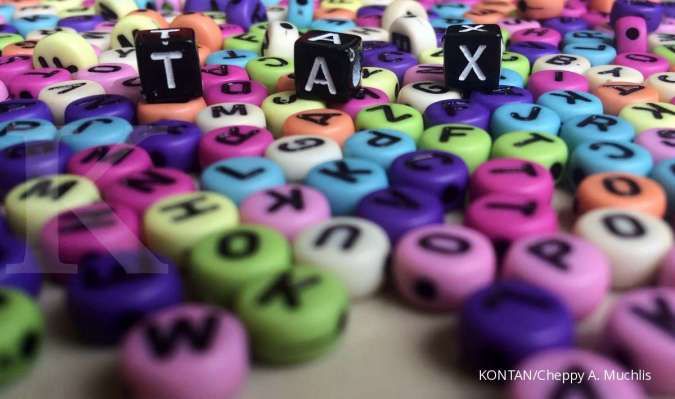 KONTAN.CO.ID - ​JAKARTA. Indonesia's parliament approved a law on Thursday for one of the country's most ambitious tax overhauls, including raising VAT next year, a new carbon levy and cancelling a planned corporate tax cut.

The law is aimed at optimising revenue collection and improving tax compliance, after state coffers took a big hit this year and in 2020 due to the COVID-19 pandemic.

Finance Minister Sri Mulyani Indrawati said the new fiscal measures will increase next year's tax revenue by around 139.3 trillion rupiah ($9.80 billion), taking the tax ratio of Southeast Asia's biggest economy to 9.22% of GDP, from 8.44% without the new law.

But some business groups and analysts have questioned the timing of the tax hikes, with the economic recovery from the pandemic seen as fragile.

All political parties but one in parliament approved the legislation.

"Through this law we want to optimise government revenue, create a fairer tax system ... as well as expand our tax base in this globalisation era when the digital technology is very dominant," Sri Mulyani said.

The new tax measures would add less than 0.5 percentage point to headline inflation and have little impact on economic growth, the minister said.

The government has made some concessions from its original proposals. Initially, it had sought to raise VAT to 12% in one go and proposed a minimum tax for loss-making companies suspected of tax avoidance.

Hariyadi Sukamdani, chairman of the Indonesian Employers' Association, said he appreciated the staggered VAT hike, but hoped the government would reconsider the corporate tax cut in three to four years "because if they don't, we will be less competitive".

Josua Pardede, economist at Bank Permata, expected a positive impact on long-term fiscal sustainability, but he warned the VAT hike would erode the purchasing power of low income earners, who are sensitive to rising prices.

"We hope the government (can) improve the effectiveness of strategic spending, especially for social protection, next year," Pardede said, predicting an up to 0.3 percentage point increase in inflation and a slight deceleration in GDP growth in 2022.

Some other analysts criticised the government for tightening fiscal policy too soon.

"What the economy needs right now is a fiscal stimulus, which the government is not providing," said Harry Su, managing director of investment firm Samuel International, predicting the VAT hike will hurt consumption.

The tax amnesty programme, which will run in the first half of next year and will allow participants of a previous amnesty programme in 2016 to disclose unreported assets acquired before 2016, has also received criticism. Opposition lawmakers said launching an amnesty while raising the VAT rate was unfair, while economists said repeating an amnesty programme could encourage people not to comply and await the next one. ($1 = 14,215.0000 rupiah)