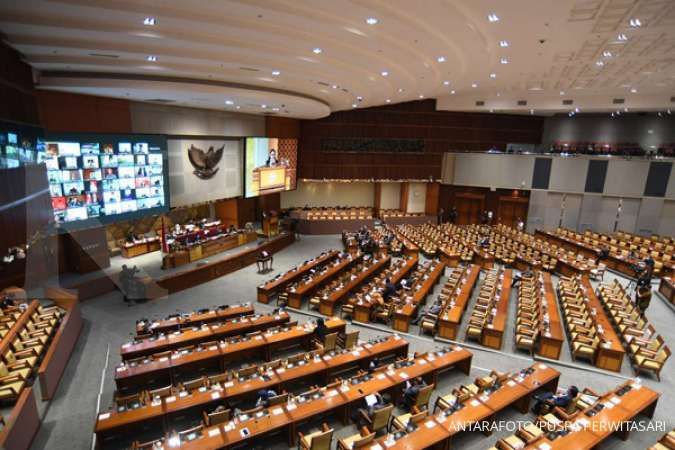 However, the timing of some of the tax measures, including raising the value added tax rate and overturning a plan to cut corporate tax rate, have been criticised by some business groups and analysts as the economy has yet to fully recover from the pandemic.

Here are some of the measures in the law:

The government had originally sought to raise the rate to 12% in one go, but during the bill's deliberation process, agreed with parliamentarians to stagger the increase.

The law removes some VAT exemptions previously applied to staple food and health and education services, but officials have said exemptions will remain for most basic necessities and VAT will be charged only on premium goods, such as wagyu beef or services for cosmetic purposes.

The VAT hike was among the most controversial measures in the law. Business groups have called for the hike to be delayed to give consumers more time to recover from the shock from the pandemic.

The government said the inflation impact from the VAT rise will be limited.

TAX HIKE FOR THE RICH, TAX CUT FOR THE MASSES

The law raises the threshold for taxable income that gets a 5% rate to 60 million rupiah ($4,210.53) per year from 50 million rupiah. This is effectively a tax cut for all taxpayers.

However, it also brings in a new 35% tax rate for income band of over 5 billion rupiah. Officials have said will only affect less than 1% of the individual taxpayers currently in the system.

CANCELLING A CORPORATE TAX CUT, BUT NO MINIMUM TAX

The law overturns 2020 legislation that mandated the corporate tax cut be cut to 20%, from 22% now. That means next year's rate will be unchanged.

However, lawmakers did not approve the government's proposal for a minimum corporate tax proposal for companies that have reported losses for years and are suspected of tax avoidance.

Some analysts have said the government should have stuck with the corporate tax cut plan, as some firms in the retail, transportation and hospitality sectors are still struggling.

Law Minister Yasonna Laoly said the corporate tax was kept steady because the rate was already below what some other Southeast Asian and G20 countries charge.

Another controversial provision in the legislation is the so-called "Taxpayers' Voluntary Disclosure Programme", which will run from Jan. 1 to June 30, 2022, as an extension of the tax amnesty Indonesia ran in 2016 to 2017.

The new programme will allow previous amnesty participants to disclose unreported assets acquired before 2016. Authorities will regard the assets as additional income and charge a tax rate of between 6% to 11% of the asset value.

The lower rates apply to assets that are reinvested in resource processing or renewable energy projects or into government bonds. Overseas assets brought back to the country will also enjoy a lower rate.

Some analysts have warned that the new amnesty programme could cause moral hazard for taxpayers, who might prefer not to pay future taxes and wait for another amnesty.

The law introduces a new carbon tax that will be subjected to individuals and companies buying goods containing carbon or conducting activities that emit carbon.

The government originally proposed a rate of 75 rupiah per kilogram (kg) of CO2 equivalent (CO2e). This was dropped during the deliberation process and the law now says the carbon tax rate will be determined by carbon market prices, with a floor rate of 30 rupiah per kg of CO2e.

Starting April 2022, companies that operate coal fired power plants will have to pay the carbon tax at the floor rate.

Under the new law, the government is also mandated to come up with a roadmap to set up carbon trading by 2025 and a clear strategy to reduce Indonesia's green house gas emission.

The proceeds of this new tax will be used in climate change mitigation projects.

The law also changes administration procedures such as the objection and appeal processes in the tax court and allowing taxpayers under investigation to settle their case by paying their dues, among other measures.

Under the law, the national citizen identification number will be synched with tax identification to better identify those liable to pay taxes and help authorities expand the tax base in a country where many don't pay taxes. ($1 = 14,250.0000 rupiah)