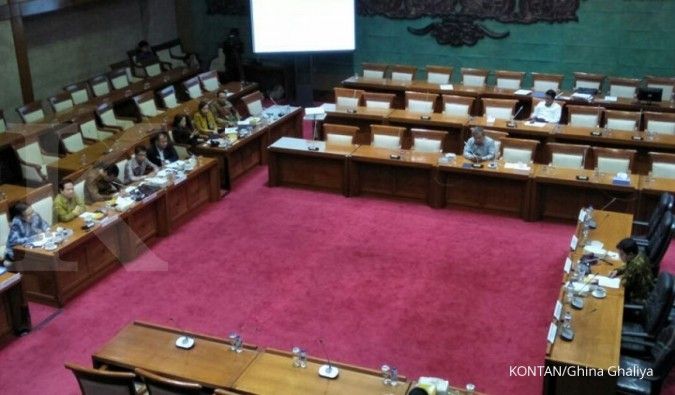 ILUSTRASI. The Indonesian parliament will vote on Thursday on whether to back the government's proposals tax overhauls

KONTAN.CO.ID - JAKARTA. The Indonesian parliament will vote on Thursday on whether to back the government's proposals for one of the country's most ambitious tax overhauls, including raising the VAT rate, a new carbon tax and cancelling a planned corporate tax cut.

The government has said the Tax Harmonisation bill is aimed at optimising revenue collection, while ensuring a fairer tax system, after state coffers took a big hit last year due to the COVID-19 pandemic.

But some business groups and analysts have questioned the timing of the planned tax hikes, with the economic recovery from the pandemic seen as still fragile.

The bill calls for the VAT rate for sales of nearly all goods and services to be raised from 10% now to 11% next April and to 12% by 2025, according to a copy reviewed by Reuters.

It would also keep the corporate tax rate unchanged at 22%, compared with a earlier plan to cut it to 20% next year. Other measures in the bill include a higher income tax rate for wealthy individuals, an income tax cut for most other people, a new carbon tax and a new tax amnesty programme.

The government has made some concessions from its original proposals. Initially, it had sought to raise VAT to 12% in one go. It also dropped a plan to apply a minimum tax for loss-making companies suspected of tax avoidance.

The changes from the original proposals were positive for public finances and the economic recovery, said Myrdal Gunarto, an economist with Maybank Indonesia.

"The impact of the staged VAT changes will not be too drastic on inflation ... and the tax cut could give some room for people to increase consumption," he said.

The measures could also help the government book higher revenues next year, which could narrow the fiscal deficit and help authorities meet a target to bring down the budget gap to under 3% of GDP in 2023, said Citi economist Helmi Arman.

However, some business groups, such as the shopping mall operators association, have called for parliament to delay the VAT hike to wait for people's purchasing power to recover further, according to local media reports.