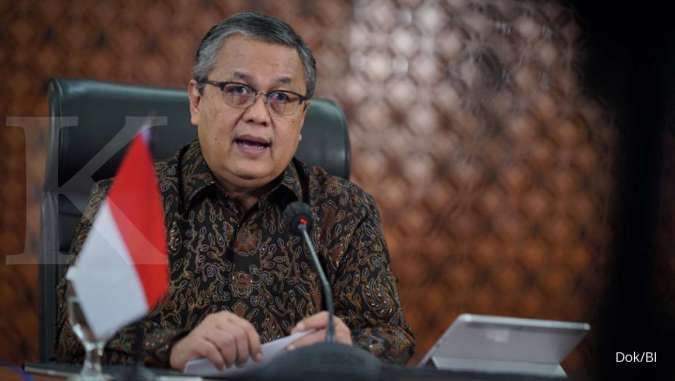 KONTAN.CO.ID - JAKARTA. Indonesia's central bank cut interest rates to a record low on Thursday and urged commercial banks to follow suit as it sought to reignite Southeast Asia's largest economy which has been hard hit by the coronavirus pandemic.

Bank Indonesia (BI) cut the 7-day reverse repurchase rate by 25 basis points to 3.75%, against the expectations of a majority of economists in a Reuters poll. Eight out of 22 economists surveyed expected the move.

"Our loose monetary stance is not only reflected in the 3.75% rate, which is low, but it is worth noting the very large monetary expansion that we have done," said Governor Perry Warjiyo during a virtual news conference.

He said the central bank remained committed to providing liquidity, adding it had already pumped some 680.89 trillion rupiah ($48.12 billion) into the banking system this year.

BI' cut, which took the rate to its lowest since BI began using it as its benchmark in 2016, comes as Indonesia has struggled to contain an outbreak which has tipped its economy into its first recession since the Asian financial crisis.

With the BI reluctant to cut rates in recent months when the rupiah was weak, for fear of capital fight, the recent rise in the local currency also gave the central bank an opportunity to take action, analysts said.

"The cut reflects the central bank's desire to support the economic recovery, while recent gains in the IDR gave the central bank room to act," said ANZ analysts in a note.

The rupiah has gained nearly 4% since BI's October meeting amid a broader market rally, but Warjiyo said it was still undervalued and had room to strengthen.

The governor sounded upbeat on the outlook, saying recent indicators - including retail sales and purchasing managers' index - suggested the economy could grow in the fourth quarter.

But he noted bank lending fell 0.47% annually in October - the first contraction in Refinitiv data dating back to December 2002.

"Through this forum, I implore banks to lower their interest rates," Warjiyo added.

With Thursday's move, BI has slashed interest rates by a total of 125 basis points this year to help Indonesia withstand the coronavirus fallout.