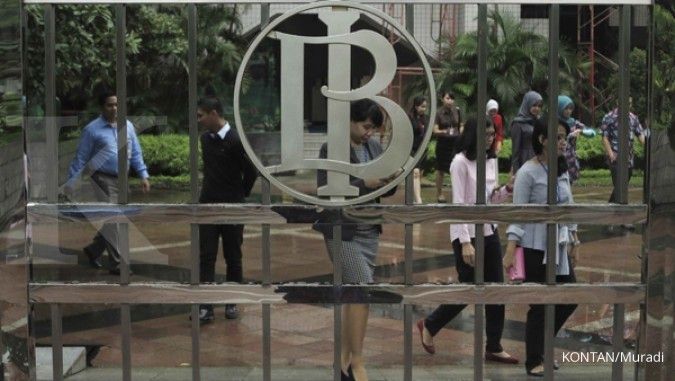 KONTAN.CO.ID - JAKARTA. Indonesia's central bank raised its key interest rate by 50 basis points for a third consecutive month on Thursday, saying it will strengthen its response to "high" inflation expectations amid a strong economic backdrop.

Bank Indonesia (BI) raised the 7-day reverse repo rate to 5.25%, as expected by the majority of economists polled by Reuters. It also raised its other policy rates by the same amount.

Governor Perry Warjiyo told an online news conference that the "front-loaded" and "pre-emptive" move was aimed at anchoring inflation expectations and stepping up support for the rupiah.

While the global economy was slowing and some countries were facing recession risks, he said activity in Southeast Asia's largest economy was improving. The central bank stuck to its forecast that growth will be at the upper end of its 4.5%-5.3% forecast range in 2022, adding GDP will be "high" next year.

"Bank Indonesia will strengthen monetary policy response to lower inflation expectations that are currently too high," Warjiyo said, adding BI's rate hikes were more "measured" and not as "aggressive" as those being delivered in some other countries.

With Thursday's move, BI has increased interest rates by a total of 175 bps since August, matching the scale of its last tightening cycle in 2018.

The rupiah was largely unchanged after the decision. It has fallen around 9% against the dollar in volatile trading in recent months, as the greenback has been buoyed by the Federal Reserve's aggressive monetary tightening.

While Indonesia's inflation rate eased to 5.71% in October, it remained above the BI's 2-4% target range for the fifth straight month and near a seven-year high of 5.95% in September.

Warjiyo said the market's current consensus forecast for end-2022 inflation of 5.9% was "too high" compared with BI's revised expectation of 5.6%. Core inflation was expected to peak at 3.7% in the first quarter of 2023, he said.

Indonesia's inflation, already under pressure due to high global food prices, has accelerated after the government raised subsidised fuel prices by about 30% in September.

Gareth Leather, senior economist at Capital Economics, said with economic growth holding up well, he expected BI to press ahead with more hikes in the near term.

"We expect a further 75bps of hikes over the coming months before the central bank brings its tightening cycle to a close in early 2023," he said.

The central bank's decision came after data showed Indonesia's economy expanded 5.72% from a year earlier in the third quarter, the fastest pace in over a year.

Predicting the Fed to end its tightening cycle in the first quarter of 2023, Warjiyo said that would mark a "turning point" for the rupiah and the currency should strengthen.