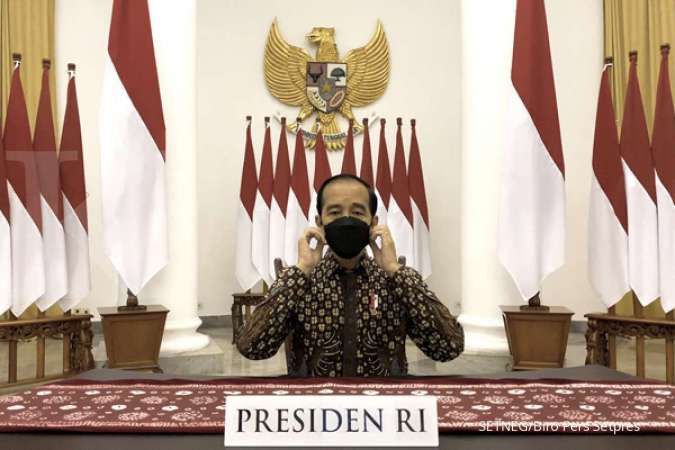 KONTAN.CO.ID - JAKARTA. Indonesia extended its COVID-19 restrictions by a week to Aug. 2 to try to curb infections, President Joko Widodo announced on Sunday, after the government said it would add more intensive care units amid a rise in deaths.

Indonesia has become Asia's COVID-19 epicentre with hospitals deluged, particularly on the densely populated island of Java and on Bali, where oxygen supplies are running thin.

"I'd like to thank all Indonesians for their understanding and support for the curbs that have been effective for 23 days," the president, known as Jokowi, said, adding that COVID infections and hospital bed occupancies had declined, without specifying by how much.

Considerably looser than the previous curbs, Jokowi said the government would gradually adjust some restrictions on "some activities", while allowing traditional markets and restaurants with outdoor areas to open, with some limitations.

Some businesses, from salons and laundries to vehicle repair shops, are now allowed to open.

Indonesia last week reported record-high deaths on four separate days, the last of which was 1,566 deaths on Friday, bringing cumulative deaths to more than 83,000.

Total infections have climbed to more than 3.1 million, though health experts say both deaths and case numbers have been undercounted.

The average number of COVID-19 deaths reported each day in Indonesia has been increasing for 10 days straight, a Reuters tracker shows.

Senior Minister Luhut Pandjaitan, who oversees the COVID response on Java and Bali, said on Saturday that "deaths have risen due to a number of factors: full hospitals, patients admitted with low saturation, or dying unmonitored in self-isolation", adding that ICUs would be added in areas which have reported the highest number of deaths.

Less than 7% of Indonesia's population of 270 million has been fully vaccinated, with Southeast Asia's largest country primarily reliant on shots produced by China's Sinovac Biotech.