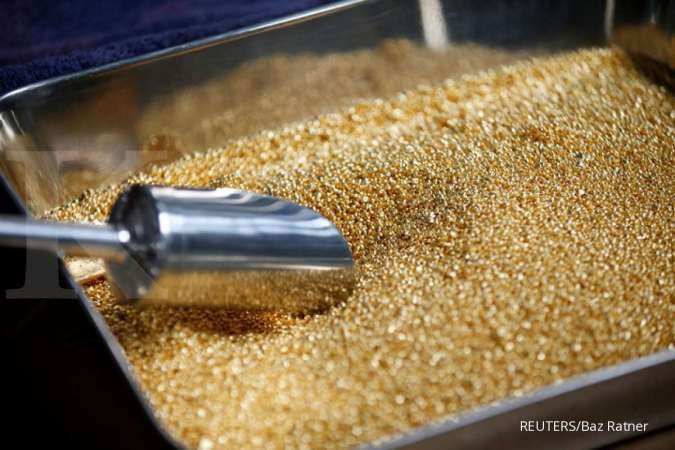 KONTAN.CO.ID - GOLD prices held steady on Tuesday, following a sharp rise in the previous session, as the dollar remained subdued ahead of the U.S. Federal Reserve's monetary policy meeting that could provide more clues on stimulus measures and inflation targeting.

* The dollar index was little changed after posting its worst day in more than two weeks in the last session. A weaker greenback makes gold less expensive for holders of other currencies.

* More than 29.11 million people have been reported to be infected by the novel coronavirus globally and 924,141​ have died, according to a Reuters tally.

* Market participants are now looking at the U.S. Fed's two-day policy meeting, which ends on Wednesday. The meeting will be its first since Chairman Jerome Powell unveiled a policy shift towards greater tolerance of inflation, effectively pledging to keep interest rates low for longer.

* Meanwhile, U.S. Treasury Secretary Steven Mnuchin and Federal Reserve Chairman Jerome Powell will testify before the Senate Banking Committee on coronavirus relief, the committee said in a statement on Monday.

* British Prime Minister Boris Johnson lashed out at the European Union on Monday as he won initial approval for a plan to breach the Brexit treaty.

* Gold is often used as a safe store of value during times of political and financial uncertainty.