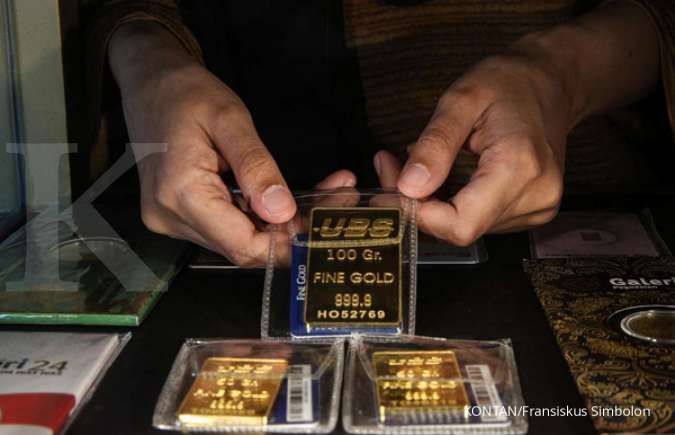 "There is a rebound in the dollar index. In the absence of further dollar downside, gold bulls are feeling a little jittery at the moment," said Howie Lee, an economist at OCBC Bank. The dollar index was up 0.1% against rivals, while Asian shares were weaker.

On investors radar was also a new U.S. coronavirus relief bill after a White House spokeswoman said on Monday that Senate Republicans will go along with what President Donald Trump wants in legislation. Trump on Sunday called on Congress to pass a stripped-down bill, as negotiations on a broader package continued to run into roadblocks.

"If the stimulus is passed that will naturally send gold prices higher... Increasingly it looks like there will be none before the presidential elections hence we see gold struggling a bit here," Lee added.

Massive stimulus measures to limit the economic damage from the COVID-19 pandemic has supported gold, widely viewed as a hedge against inflation and currency debasement. Prices have gained about 26% so far this year.