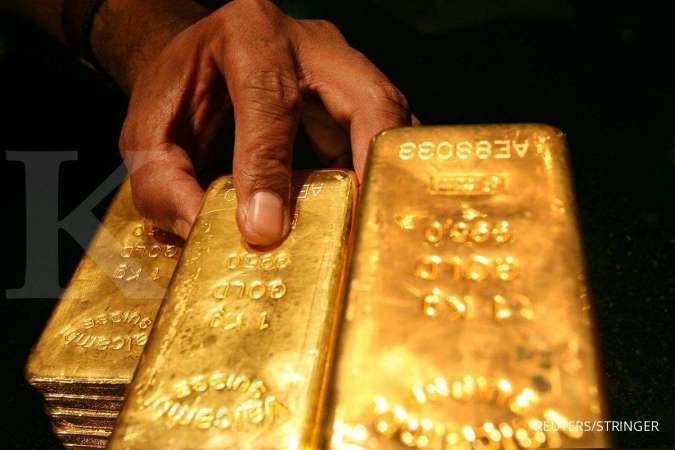 KONTAN.CO.ID - MELBOURNE. Gold steadied on Friday, with U.S. jobs data due later in the day, even as the metal was set for its biggest weekly drop since late November, weighed down by firmer bond yields as traders braced for sooner-than-anticipated rate hikes by the U.S. Federal Reserve.

Spot gold was little changed at $1,789.00 per ounce by 0757 GMT after falling for two straight sessions, putting it on course for a weekly drop of about 2.1%.

Traders are anticipating a greater than 70% chance for a rate hike of at least 25 basis points at the Fed's March meeting, according to the CME FedWatch Tool, as even the most dovish of U.S. central bankers felt the need to tighten policy this year.

Baca Juga: The Fed is Going to Tighten, The Only Question is How Fast

Bullion is considered an inflationary hedge, but the metal is highly sensitive to rising U.S. interest rates, which increase the opportunity cost of holding non-yielding bullion.

Investor focus will be on the U.S. non-farm payrolls report due at 1330 GMT.

"A number above 550/600k will reinforce the Fed tightening faster narrative and weigh on gold. A number lower than 250k will ease those concerns and provide some support for gold," Jeffrey Halley, a senior market analyst at OANDA, said.