The Fed is Going to Tighten, The Only Question is How Fast 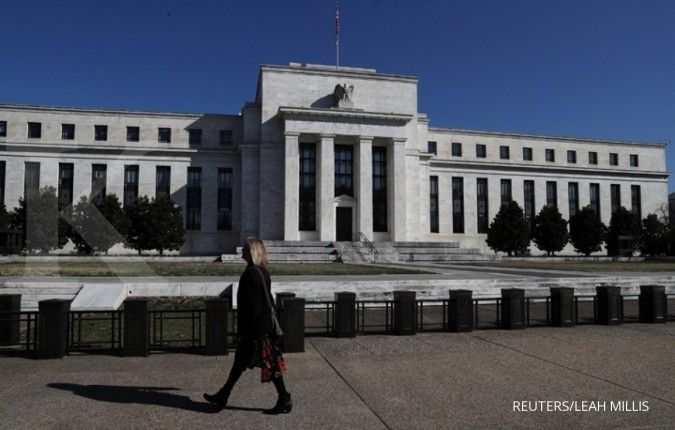 ILUSTRASI. A pedestrian walks past the Federal Reserve Board building on Constitution Avenue in Washington, U.S.

KONTAN.CO.ID - WASHINGTON. Alarmed by the persistence of uncomfortably high inflation, even the most dovish of U.S. central bankers now agree that they will need to tighten policy this year; the debate is no longer about whether, but how quickly.

St. Louis Fed President James Bullard on Thursday said the Federal Reserve could raise interest rates as soon as March and is now in a "good position" to take even more aggressive steps against inflation, as needed.

San Francisco Fed President Mary Daly, long a dovish counterpoint to Bullard's hawkishness, reiterated at a separate event that she too expects interest rate increases this year, even as she warned that overly aggressive tightening could hurt the job market.

And speaking earlier this week, Minneapolis Fed President Neel Kashkari said he now expects two rate hikes this year, a reversal from his long-held view that the Fed should hold off on rate hikes until 2024.

While most Fed policymakers remain in the first group, he said, "such a distribution would result in upside but not downside risks to policy (barring major economic surprises, of course)."

It is a big shift from just a few months ago, when Fed policymakers could be roughly divided into three: those supporting faster tightening, those who embraced a slower approach, and a contingent against rate hikes for a year if not more.

But inflation is running at more than twice the Fed's target of 2% and there is waning conviction at the Fed that the millions of workers sidelined by COVID-19 will quickly return to the labor force or that supply-chain constraints pushing up on prices will ease soon.

So the appetite for patience has given way to an eagerness to move that is at odds with the Fed's continued, if slowing, purchases of Treasuries and mortgage-backed securities whose purpose is to stimulate the economy.

Last month U.S. central bankers agreed to end their asset purchases in March and laid the groundwork for what most of them see as at least three interest rate hikes this year.

Minutes of the meeting released on Wednesday showed that some Fed policymakers want to move even faster to tighten policy, including by shrinking the Fed's $8 trillion-plus balance sheet.

On Thursday Bullard said he and his colleagues had been surprised at how widespread inflation had become, and laid out the case for a more aggressive path to combat it.

"It makes sense to get going sooner rather than later so I think March would be a definite possibility based on data that we have today," Bullard told reporters after a talk at the CFA Society of St. Louis. "This is not a situation where a particular price will go back to the pre-pandemic level and we won't have to worry about this. This is an issue where Fed policy will have to influence where inflation goes."

He added that "credibility is more at risk today than at any time" in his 30 years at the Fed.

The Fed, he said, "is in good position to take additional steps as necessary to control inflation, including allowing passive balance sheet runoff, increasing the policy rate, and adjusting the timing and pace of subsequent policy rate increases."

Speaking at an Irish central bank event, Daly for her part also said the Fed should raise interest rates this year, in the face of a "very strong" labor market and to rein in high inflation that acts as a "repressive tax."

Still, she said, the U.S. central bank's approach ought to be "measured."

"If we act too aggressively to offset the high inflation that’s caused by the supply and demand imbalances, we won't actually do very much to solve the supply chain problems, but we will absolutely bridle the economy in a way that will mean less job creation down the road," Daly said.

With interest rates as low as they are - the Fed has kept its benchmark overnight interest rate pinned near zero since March of 2020 - "raising them a little bit is not the same as constraining the economy," she said.

Daly added that it is a "very different conversation" from reducing the balance sheet, as doing so would only come after the Fed has begun normalizing interest rates.