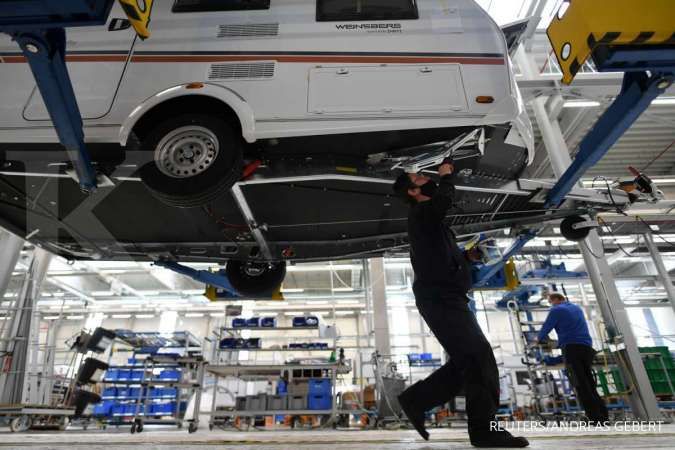 ILUSTRASI. German producer prices rose in August at their strongest rate since records began both in annual and monthly terms.

KONTAN.CO.ID - BERLIN. German producer prices rose in August at their strongest rate since records began both in annual and monthly terms, driven mainly by soaring energy prices, raising the chances that headline inflation will surge even higher.

The surge was considerably stronger than expected, with analysts having forecast a 37.1% year-on-year rise and a 1.6% monthly rise, according to a Reuters poll.

Energy prices in August on average were over double the same period last year, up 139%, and 20.4% higher than the previous month, the office reported.

Inflation in Europe's largest economy is running at 8.8%, as a dearth in Russian fossil fuel deliveries following the invasion of Ukraine and imposition of Western sanctions has led to skyrocketing energy prices.

Now, surging costs are seen in not only oil and gas but also electricity, said LBBW economist Jens-Oliver Niklasch.

Excluding energy, the year-on-year rise in producer prices came in at 14% in August.

Producer prices for intermediate goods also rose significantly, up 17.5% on the year, driven mainly by a 19.9% surge in metals prices.

"While declining momentum in intermediate goods prices gives reason to believe that consumer price inflation will peak in the coming months, the recent surge in energy prices shows that there is considerable potential for uncertainty here," Commerzbank economist Ralph Solveen said.

Consumer price inflation is likely to reach new record levels in the months ahead, he added.