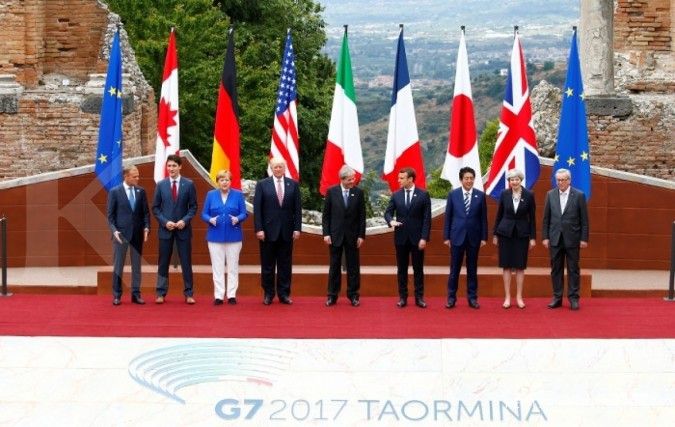 KONTAN.CO.ID - WASHINGTON/PARIS. G7 finance ministers on Friday backed an extension of a G20 bilateral debt relief initiative for the world's poorest countries, but said it must be revised to address shortcomings hindering its implementation.

In a lengthy joint statement, the ministers from the Group of Seven advanced economies said they "strongly regret" moves by some countries to skip participation by classifying their state-owned institutions as commercial lenders.

Two officials from G7 countries said the reference was clearly targeted at China, which has refused to include loans by the state-owned China Development Bank and other government-controlled entities in its official bilateral debt totals when dealing with countries seeking debt relief.

The ministers also acknowledged that some countries will need further debt relief going forward, and urged the Group of 20 major economies and Paris Club creditors to agree on terms by next month's meeting of G20 finance ministers.

"Everyone was disappointed by China's lack of transparency and commitment," said one official, who asked not to be named.

At an online meeting hosted by U.S. Treasury Secretary Steven Mnuchin, the ministers underscored their commitment to work together to support the poorest and most vulnerable countries, which have been hard hit by the coronavirus pandemic.

They asked the International Monetary Fund and World Bank to provide regular updates on the financing needs of low-income countries and propose solutions for expected financing gaps, including through instruments to leverage access to private finance.

They said the Debt Service Suspension Initiative (DSSI) approved in April by G20 countries, including China, had helped 43 countries defer $5 billion in official debt service payments to free up money to respond to the pandemic.

But the total is far short of the $12 billion in savings that were initially projected, and represents just over half of the 70-plus countries that were eligible.

The ministers said the initiative should be extended, "in the context of a request for IMF financing," and called for a new term sheet and memorandum of understanding to improve its implementation.

The ministers said claims classified as commercial under DSSI would also be treated as such in future debt treatments and for implementation of IMF policies, delivering a stern reminder to China and others that have not been fully transparent about the scope and terms of government lending to poor countries.

The ministers also called again on private lenders to implement the debt relief initiative when requested, noting that the absence of private sector participation has limited the potential benefits for several countries.