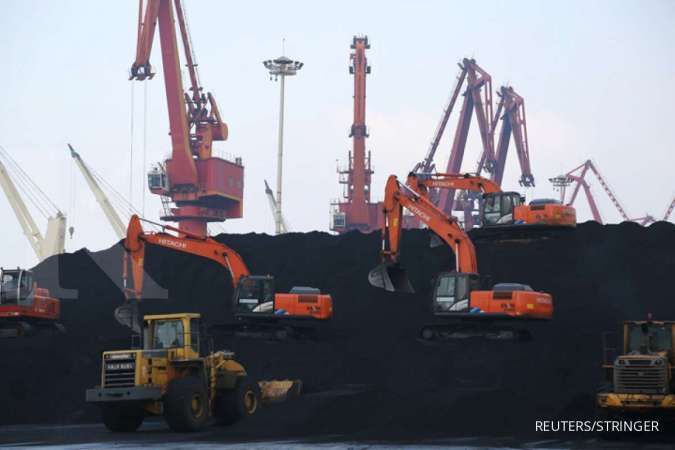 KONTAN.CO.ID - SINGAPORE. China is releasing Australian coal from bonded storage, despite a nearly year-long unofficial import ban on the fuel, as it scrambles to ease a national power crunch stemming from a coal shortage, traders familiar with the matter said.

The power crisis in the world's top consumer of coal comes as strong demand from manufacturers, industry and households has pushed prices to record highs and triggered widespread curbs.

An estimated one million tonnes of Australian coal have stayed in bonded warehouses along China's coast for months, uncleared by customs after Beijing's unofficial ban last October, a trading executive said.

"Some of the Australian coal stuck at Chinese ports started to be released at the end of last month...though many of those (cargoes) had already been diverted to markets like India," said the trader, based in eastern China.

A second trader said the release from bonded storage would start this week.

Top economic planner the National Development and Reform Commission did not immediately respond to a request for comment.

While China has urged top miners to boost output and told power operators to step up coal imports in "an orderly manner" so as to ease the supply squeeze, it has refrained from directly resuming imports from Australia, formerly its number two supplier after Indonesia.

However, at one million tonnes, or the equivalent of just one day of China's coal imports, the stocks release will do little to quench the market's thirst for coal.

"Without resuming Australian coal imports, the supply shortage will be here to stay for some time, as it takes time to boost domestic production after nearly 5 years of output curbs," said a third Beijing-based trader.

"I am not optimistic. The shortage will last at least through the fourth quarter and possibly till after February or March, when the heating season ends."

Exports from other key suppliers, such as Russia and Mongolia, have been curtailed by limited rail capacity, while shipments from Indonesia have been hindered by rainy weather, traders said.

That has led utility operators such as eastern China's Zhejiang Energy to bring in the first thermal coal imports from Kazakhstan on Monday, following its first imports of U.S. thermal coal in June and July.

China imported 197.69 million tonnes in the first eight months of 2021, down 10% on the year. But August coal imports rose by more than a third on tight domestic supplies.