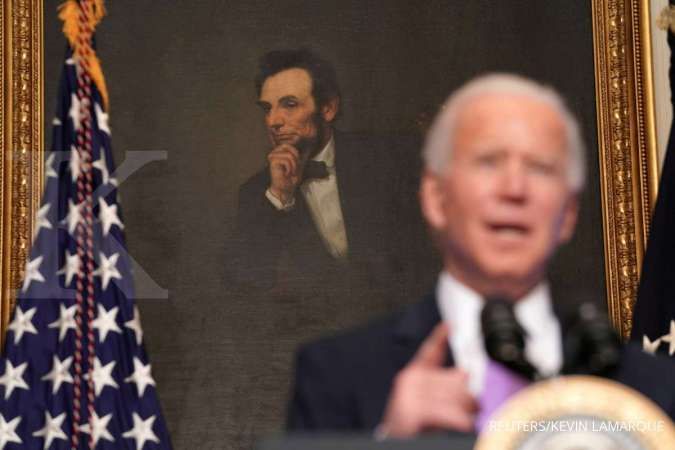 KONTAN.CO.ID - WASHINGTON. The Biden administration will pledge $4 billion to a coronavirus vaccination program for poorer countries in hopes of prying loose bigger donations from other governments, U.S. officials said on Thursday.

U.S. President Joe Biden will use his first meeting with leaders of Group of Seven advanced economies on Friday to announce an immediate $2 billion donation to the COVAX program co-led by the World Health Organization, officials said. COVAX aims to ensure a fair supply of coronavirus vaccines around the world.

The United States will provide the remaining $2 billion over the next two years as other nations fulfill and make their own pledges, the officials said.

"We want to turn this into a way to translate $2 billion into several billion dollars, up to at least $15 billion," said one of the officials, estimating the total amount needed for the global vaccination drive.

The U.S. funding has already been approved by Congress.

Biden's action is a sharp departure from his predecessor Donald Trump's threat to withdraw from the WHO, which he accused of being too close to China, where the novel coronavirus emerged in late 2019.

COVAX aims to deliver at least 2 billion vaccine doses by the end of 2021 to cover 20% of the most vulnerable people in poor and middle-income countries. The program is at risk of failing, mainly due to a lack of funds.

The incoming head of the World Trade Organization and others have underscored the urgent need to jump-start vaccinations across Africa and in other regions that are lagging behind.

The U.S. officials said the donations would not interfere with Biden's promise to have enough vaccines available for all Americans who want them by the end of July.

"When we have a sufficient supply it is our intention to consider donating surplus vaccines, absolutely," said one official.