U.S. to withdraw about 12,000 troops from Germany but nearly half to stay in Europe 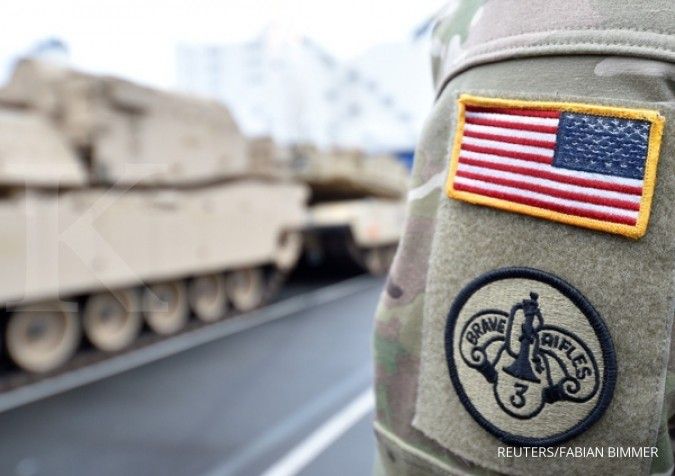 ILUSTRASI. U.S. tanks, trucks and other military equipment, which arrived by ship, are unloaded in the harbour of Bremerhaven, Germany January 8, 2017.

KONTAN.CO.ID - WASHINGTON. The United States will announce on Wednesday plans to withdraw about 12,000 troops from Germany following a decision by President Donald Trump, but will keep nearly half of them in Europe to address tension with Russia, U.S. officials said.

However, the U.S. officials, speaking on condition of anonymity, stressed that only a relatively small number of advanced units would move anytime soon. The rest of the troop movements would take years to fully implement.

"It will still be months to plan and years to execute because it is very complex," one of the officials added, noting potentially billions of dollars in required funding and more planning by the branches of the armed forces.

President Donald Trump announced his intention to cut the number of U.S. troops in Germany to 25,000, faulting the close U.S. ally for failing to meet NATO's defense spending target and accusing it of taking advantage of America on trade.

The Pentagon has been tight-lipped since then, however, on how it would carry out the presidents plans, which represent a remarkable rebuke to one of the closest U.S. trading partners and military allies.

The premiers of four German states that host U.S. troops have appealed to members of the U.S. Congress to block Trump's withdrawal, which current and former U.S. officials have criticized as politically, not strategically, driven.

Defense Secretary Mark Esper is expected to offer further details on the plan at a news conference later on Wednesday, where he is expected to address concerns the move represents a pullback from the NATO alliance, something he champions.

Beyond disclosing his plans to move about 5,400 troops elsewhere in Europe, Esper is expected to discuss plans to temporarily deploy additional U.S.-based forces to European nations.

Esper had already been carrying out a review of U.S. forces globally when Trump's long-running dispute with Germany bubbled over.