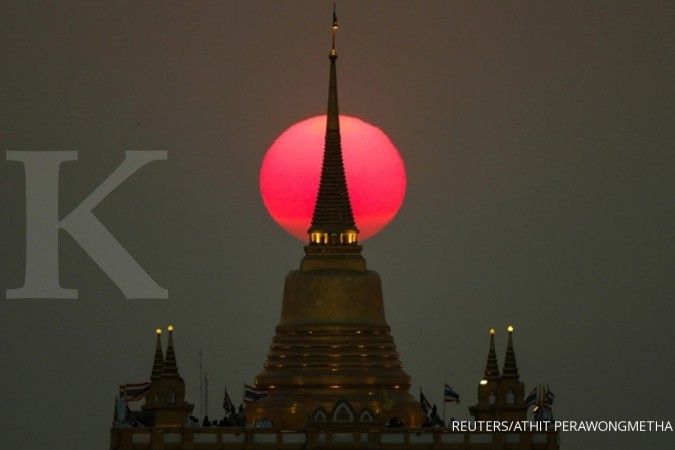 REUTERS - BANGKOK/SINGAPORE. Thailand is set to see the most funds raised from IPOs in Southeast Asia this year, with more than $5 billion expected to be garnered in the second half, sources said, as a tourist boost to the economy trumps jitters stoked by inconclusive elections.

First-time share sales from these companies and others could make it the largest haul for the country in six years, said the sources, who were not authorised to speak to the media.

Investors are focusing on the country's stable economic growth and currency and do not see any big risk from political uncertainty. Preliminary election results show Pheu Thai, the leading anti-junta party, has won the most constituency seats, while the pro-army Palang Pracharat gained the most votes, but each is unable to form a government on its own.

Low interest rates and a hunt for high-yielding assets are driving investors to allocate money for equities, fund managers said.

Tourism is a strong pillar of Thailand's growth, with the country expecting visitor arrivals to rise by 7.5 percent this year. Thailand's finance minister said last week that the country will introduce economic measures worth about 20 billion baht ($624 million) to boost consumption, tourism and help low-income earners.

Last year, Vietnam was the biggest market for IPOs in Southeast Asia, with listings there raising $3.4 billion, according to data from Refinitiv.

Bankers say 2019 is set to be Thailand's strongest year for IPOs since 2013, when they raised over $6 billion. In 2018, Thai listings raised $2.5 billion after mopping up $3.8 billion in the previous year, Refinitiv data showed.

"Assuming the final election outcome does not impact consumer and investor sentiment negatively, we are hopeful that market conditions in the second half of the year will be constructive for the strong Thai pipeline to push through," he said.

PTT Oil & Retail, which includes gas stations, coffee shops and convenience stores, is expected to kick off its IPO process after the election results and could raise about $2 billion, sources said.

Asset World Corp, the hospitality arm of TCC Group, which owns office buildings, luxury hotels and shopping arcades, plans to launch a $1 billion-$1.5 billion IPO in the second half of the year, IFR reported in January.

PTT, TCC and Central did not respond to Reuters requests for comment.

While there is short-term volatility in markets, Thailand's benchmark index is trading at close to its five-year historical PE ratio, so IPO plans should go ahead if there is more clarity in politics in the second half of 2019, said Nunmanus Piamthipmanus, SCB Asset Management's chief investment officer.

Some investors, however, cautioned that issuers had to ensure IPOs were not overpriced.

(Reporting by Chayut Setboonsarng in BANGKOK and Anshuman Daga in SINGAPORE; Editing by Muralikumar Anantharaman)