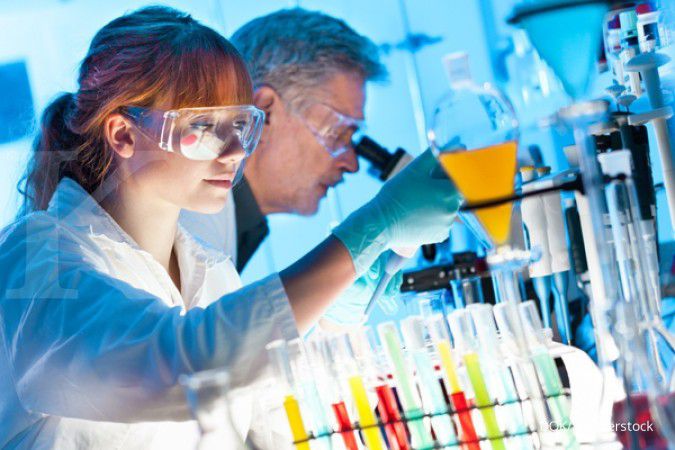 KONTAN.CO.ID - JAKARTA. Indonesia is encouraged to increase the implementation of policy formulation based on research and science immediately. This effort is believed to be capable to attract long term and sustainable investment. Therefore, this matter becomes a great concern to coincide with the moment of presidency of the G20 and B20 in 2022.

“The research is very important. As a country, the Indonesian research results index is actually low since our research products is too small. This is a challenge for us,” said Sugeng Suparwoto, the Chairman of Commission VII of the House of Representatives (DPR) on Tuesday (26/4).

According to the data of the Indonesian Minister of Research and Technology, for 4 latest years, the total Indonesian research publication is of 161,928, lower than the Malaysian of 173,471 for the same period.

In fact, Sugeng said, the research is needed in many ways, included for determining regulations and policies. The goal is to encourage more investments that contain new knowledge and application of technology.

“Ideally, we offer the investment chance to international investors based on research data. The research is not just a library but it can also be in the form of exploration. It's the same as a research-based economy, to get a certainty, regarding reserves, and economy scale,” said the NasDem Party politician.

Indonesia owns a  great potential to receive many benefits of policy implementation based on research and science, such as the realization of the long term economic ecosystem. The Ministry of National Development Planning (Bappenas) in 2021 emphasized the importance of this matter. The investment without research and science would be risky because it would cause sustainable issues. Evenmore, the serious thing is that matter would reach into the middle income trap.

Based on that fact, it is important for Indonesia to strengthen its policies based on research and science. Evenmore, the result has been observed. The reflection comes from some good investments that have been implemented. There is also some investments that are still commitments but its decisiona have been arranged based on research and science.

For example the tobacco industry. In this industry, there is an innovation of technology, namely alternative tobacco that is capable to help smoker for switching to the lower risk products. Based on research and science, this innovation results an investment. Philip Morris Internationa through its affiliation PT HM Sampoerna Tbk in 2021 announced investment of USD166.1 million (Rp2.3 trillion) to build its production facility for heated-tobacco product.

The Indonesian Chamber of Commerce and Industry Head of the Relations Agency of the Law Enforcement, Defense and Security, Bambang Soesatyo (Bamsoet), also announced that JTA International Holding, an investment company based in Qatar, announced an investment in the nickel smelter industry in Indonesia on Wednesday (20/04/2022).

The announcement is based on the research data of the US Geological Survey that projects the Indonesia's nickel reserves to reach 21 million metric tons, or about 40% of the world's nickel stays in Indonesia.

The investment presence that is supported by relevant research data, Bamsoet, who is also the Chairman of the MPR, said, this matter was in line with the Indonesian determination to become a major player in the battery producer ecosystem in the world.

The government has actually realized the importance of the innovation and technology development based on research for nickel smelters because they are related to the environment and sustainability business.

Based on this matter, in the middle of 2021 the National Research and Innovation Agency (BRIN) together with the Coordinating Ministry of Maritime Affairs and Investment reported the results of a technology audit conducted on the Step Temperature Acid Leach (STAL) method for leaching process.

As a result, this method is capable to recover nickel from 89% to 91% and cobalt from 90% to 94%. This method is said to be capable to provide added value for nickel commodities when it is applied in the small-scale or modular smelters.

This technology is capable to support the nickel smelters produce more environmentally friendly waste because the waste is capable to be remanaged into a valuable product.

However, its implementation still requires relatively high costs. One smelter needs Rp25 trillion for its establishment. Based on this matter, investment is needed.

“Principally, the policy based on research or science and technological innovation is needed to avoid as little as possible to the negative consequences caused by the investment development,” Bamsoet added.

The Chairman of the Indonesian Employers' Association (APINDO), Hariyadi Sukamdani, disclosed, being able to get investments that contained new and innovative knowledge was a positive thing for Indonesia. “I think that’s good. If we can do it, it will make Indonesia in a leading position. Moreover, if the technology is good, it means that it is capable to be actually implemented in line with the community needs,” Hariyadi clarified.

Hariyadi opined, it should not be difficult, because Indonesia is capable to be a global investment destination with various advantages compared with other countries of investment destination. The most important thing is the accommodative attitude of the government to be more open to stakeholders in order to be progressive and to receive relevant input continually in policy arrangement.

The objective is to establish a predictable business environment and a more conducive investment climate. “Indonesia is a big market, so we can really live. While other countries aren’t too serious yet,” Hariyadi explained.