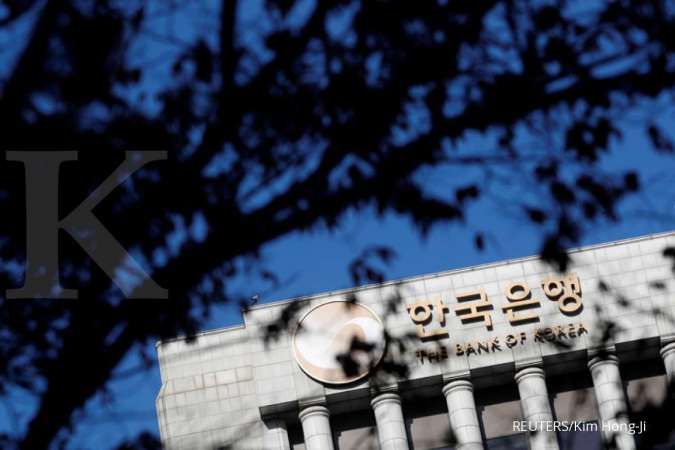 KONTAN.CO.ID - SEOUL. South Korea's central bank raised its policy rate to the highest since August 2019 on Thursday in an unexpected move, choosing not to wait for the formal appointment of a new governor before proceeding with its fight against surging inflation.

In its first ever rate review held without a governor, the Bank of Korea's monetary policy board voted to raise the benchmark interest rate by a quarter of a percentage point to 1.50%, an outcome only 11 of 29 economists foresaw in a Reuters poll.

The other 18 expected the bank to keep the base rate unchanged.

Inflation in South Korea is expected to hold at decade-highs as Russia's invasion of Ukraine sends commodity prices soaring, threatening the recovery in Asia's fourth-largest economy from its pandemic slump.

Analysts see South Korea's policy rate reaching 2.00% by the end of this year.

"Inflation is so strong, and given where the bond market is, a hike would be more appropriate now than later even in the absence of the governor," said Yoon Yeo-sam, an analyst at Meritz Securities, who correctly forecast Thursday's rate hike.

The yield on the most liquid three-year treasury bond KR3YT=RR exceeded 3.1% this week, to levels not seen since June 2013, as the prospect of faster U.S. interest rate hikes fuelled concerns about the ability of the global economy to weather higher financing costs.

The Federal Reserve raised the target band for its policy rate in March in the first upward shift since 2018, and analysts predict it will turn much more aggressive in tightening monetary policy to step up the fight against inflation.

Board member Joo Sang-yong, who serves as acting chairman of its Monetary Policy Board, will hold a news conference at 0220 GMT.