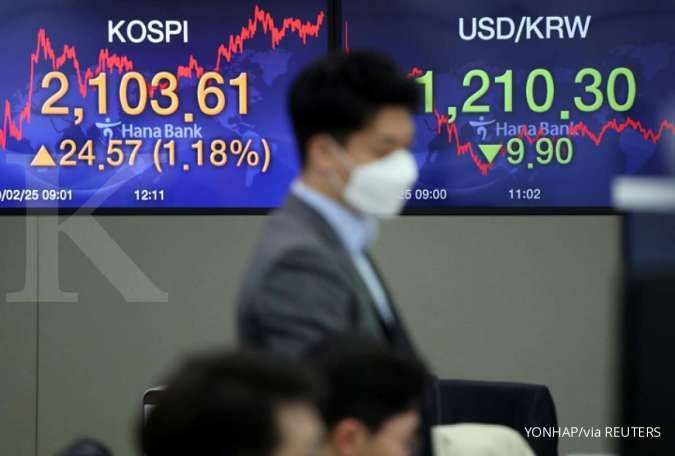 KONTAN.CO.ID - SEOUL. South Korea on Thursday proposed expanding its capital gains taxes to include a larger number of affluent stock investors, in its push reduce inequality by levying more from the wealthy and less from general share trading.

That would affect about 300,000 people or the top 5% of all stock investors in Asia's fourth-largest economy, the finance ministry said in a statement.

It would also mark a significant expansion of current rules as capital gains taxes are only applied to large shareholders with stakes exceeding 1% or 1 billion won ($831,373) of listed stocks.

Currently, no retail investors of listed shares are subject to capital gains taxes unless they are classified as "large shareholders".

About 95% of equity investors derive less than 20 million won in annual capital gains from financial investments. For the majority of these investors, taxes will now be lowered with transaction taxes cut to 0.15% for KOSPI-listed shares by 2023 from current 0.25%.

"This is bad news for retail investors but good news for foreign investors who hold roughly about one third of KOSPI and KOSDAQ shares combined, as they only pay transaction taxes," said Lee Won, an analyst at Bookook Securities.

"The downside impact from the new capital gains taxes will be limited for now, as it doesn't kick in immediately."

The new taxes are subject to parliamentary approval.

President Moon's ruling party secured 180 seats in the 300-member, single-chamber parliament following an election in April, which should help the government pass the laws in the National Assembly.

Institutional investors won't be affected by the proposed revision in capital gains taxes as they are subject to corporate income tax.

Read Also: WHO director for Americas says 226,000 have died of COVID-19 in region