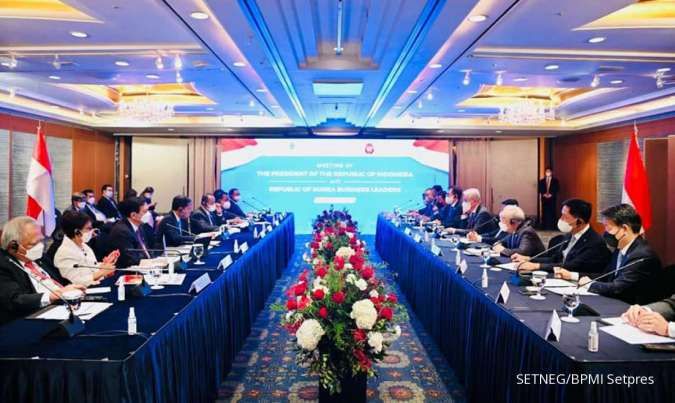 KONTAN.CO.ID - SEOUL. South Korea and Indonesia revised their agreement on Thursday to ramp up cooperation on the Southeast Asian country's new capital project, paving the way for Korean companies to participate in building digital infrastructure, both sides said.

The revision was made during a summit between South Korean President Yoon Suk-yeol and Indonesian President Joko Widodo in Seoul.

The two countries signed an agreement in 2019 to work together on the ambitious $32 billion project under which Indonesia will relocate its capital from heavily congested Jakarta to the new city of Nusantara on Borneo island. No time frame has been announced yet for its completion.

Yoon said South Korea can share its experience from building the administrative city of Sejong, which was officially launched in 2012.

Widodo, better known as Jokowi, said early construction of the capital was under way during a visit there last month.