Porsche to Debut Amid Market Tumult in Historic IPO 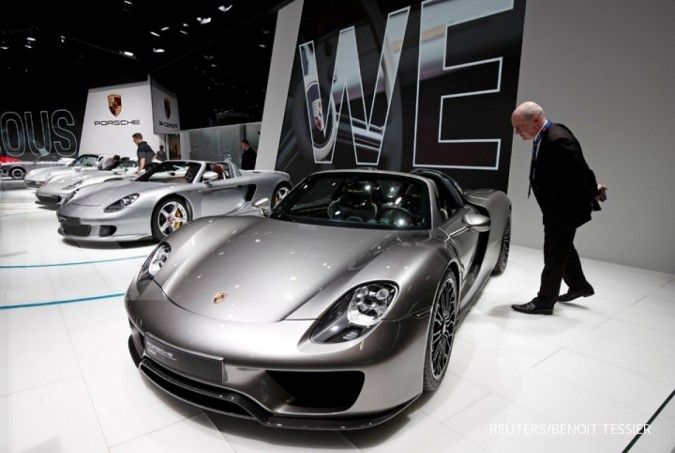 ILUSTRASI. Porsche AG shares will list on the stock market on Thursday

KONTAN.CO.ID - FRANKFURT. Porsche AG shares will list on the stock market on Thursday after Volkswagen priced shares at the top end of the announced range, a sign the luxury brand has lured buyers despite market turmoil.

Books closed on Wednesday with a final price of 82.50 euros, the carmaker said, at the top end of the 76.50-82.50 euro range it announced earlier this month.

The bumper flotation, expected to generate around 19.5 billion euros ($19.0 billion), comes at a time when instability in European markets has meant almost no other share sales have taken place and stocks of carmakers, including in the luxury segment, have been slumping.

Companies on the continent have raised the lowest amount since the 2009 global financial crisis this year at $44 billion, of which only $4.5 billion comes from IPOs, according to Refinitiv data.

Volkswagen has said the market's volatility was precisely why fund managers with money to invest were sorely in need of a stable and attractive stock like Porsche AG.

"Porsche was and is the pearl in the Volkswagen Group," Chris-Oliver Schickentanz, chief investment officer at fund manager Capitell, said. "The IPO has now made it very, very transparent what value the market brings to Porsche. That, of course, also has a positive effect on Volkswagen shareholders."

Faced with tens of billions of costs for a radical shift towards electric mobility and software, Volkswagen executives had long mulled listing Porsche, a move executives hoped would both raise much-needed funds and lift Volkswagen's own value.

The Porsche and Piech families, in turn, will solidify their control over the carmaker with 25% plus one ordinary share - carrying voting rights - in Porsche AG, effectively giving them a blocking minority in the namesake brand.

Up to 113,875,000 preferred shares, carrying no voting rights, will be sold to investors over the course of the initial public offering.