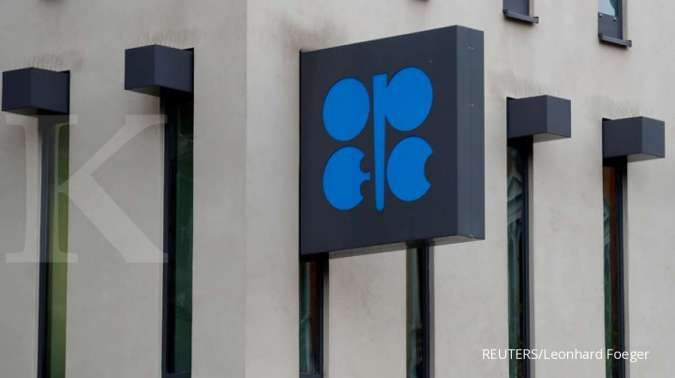 KONTAN.CO.ID - LONDON. OPEC on Thursday cut its forecast for growth in world oil demand in 2022 for a second straight month, citing the impact of Russia's invasion of Ukraine, rising inflation and the resurgence of the Omicron coronavirus variant in China.

In a monthly report, the Organization of the Petroleum Exporting Countries (OPEC) said world demand would rise by 3.36 million barrels per day (bpd) in 2022, down 310,000 bpd from its previous forecast.

The Ukraine war sent oil prices briefly above US$ 139 a barrel in March, the highest since 2008, worsening inflationary pressures. OPEC has cited suggestions that China, with strict COVID lockdowns, is facing its biggest demand shock since 2020 when oil use plunged.

"Demand in 2022 is expected to be impacted by ongoing geopolitical developments in Eastern Europe, as well as COVID-19 pandemic restrictions," OPEC said in the report.

Nonetheless, OPEC still expects world consumption to surpass the 100 million bpd mark in the third quarter, and for the 2022 annual average to just exceed the pre-pandemic 2019 rate.

OPEC cited rising inflation and continued monetary tightening, and lowered this year's economic growth forecast to 3.5% from 3.9%, adding upside potential was "quite limited".

"It may come from a solution to the Russia and Ukraine situation, fiscal stimulus where possible, and a fading pandemic, in combination with a strong rise in service sector activity," OPEC said.

Oil extended an earlier decline after the report was released, trading further below $106.

OPEC and its allies which include Russia, known as OPEC+, are unwinding record output cuts put in place during the worst of the pandemic in 2020 and have rebuffed Western pressure to raise output at a faster pace.

At its last meeting, OPEC+ swerved the Ukraine crisis and stuck to a previously agreed plan to boost its monthly output target by 432,000 bpd in June.

OPEC+ has been undershooting the increases due to underinvestment in oilfields in some OPEC members and, more recently, losses in Russian output as a result of sanctions and buyer avoidance.

The growth forecast for non-OPEC supply in 2022 was reduced by 300,000 bpd to 2.4 million bpd. OPEC cut its forecast for Russian output by 360,000 bpd and left its U.S. output growth estimate largely unchanged.

OPEC expects U.S. tight oil supply to rise by 880,000 bpd in 2022, unchanged from last month, although it said there was potential for further expansion later in the year.