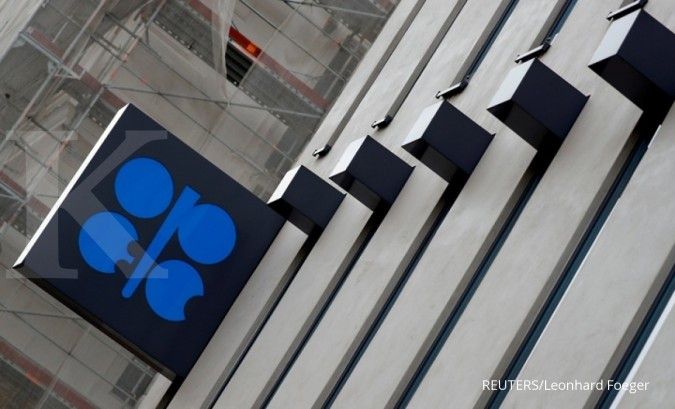 ILUSTRASI. A deeper cut in oil supplies is among options for OPEC and its allies to consider in December. REUTERS/Leonhard Foeger/File Photo

KONTAN.CO.ID - LONDON. A deeper cut in oil supplies is among options for OPEC and its allies to consider in December, its secretary general said on Thursday as the producer group's forecasts pointed to slower global growth and lower demand next year.

OPEC, Russia and other producers, an alliance known as OPEC+, have since January implemented a deal to cut oil output by 1.2 million barrels per day to support the market. The pact runs to March 2020 and the producers meet to set policy on Dec. 5-6.

"The conference will take appropriate, strong, positive decisions that will set us on the path of heightened and sustained stability for 2020," Mohammad Barkindo told reporters at a briefing in London.

"All options are open," he said, when asked about the prospect of a deeper oil supply cut.

Oil prices have failed to gain a lasting boost from supply disruptions this year, including the attack last month on Saudi Arabian oil installations that briefly shut down more than half of production in the world's top exporter.

Brent crude was trading near $58 a barrel, down from a 2019 high near $75 in April. Concern about weaker economies and demand due to uncertainties such as Brexit and the U.S.-China trade dispute have overshadowed lower supply.

While the last meetings of the Organization of the Petroleum Exporting Countries and its allies in July decided on supply for the next nine months, the next meeting in Vienna will likely take a longer view.

"As we approach December, we will be faced with real data for 2020 which will enable us to probably review the current arrangement and come up with a decision that probably will cover the whole of the year," Barkindo said.

OPEC separately released its October monthly oil market report on Thursday in which it trimmed its forecast for world economic growth in 2020 to 3% from 3.1%, saying "it seems increasingly likely that the slowing growth momentum in the U.S. will carry over to 2020".

Barkindo, speaking to reporters on the sidelines of the annual Oil & Money conference, sounded a more upbeat tone, saying data on 2020 was preliminary and could surprise to the upside.

In a forecast that could press the case for further supply restraint in 2020, OPEC continues to see a drop in demand for OPEC crude next year due to higher supply from rivals such as the United States.

Global demand for OPEC crude will average 29.6 million bpd, OPEC said in the report, a drop of 1.2 million bpd from 2019. Should OPEC keep pumping at August's rate - the level before the Saudi attacks - that implies a surplus of about 200,000 bpd.

OPEC said that in September the group's production was 1.32 million bpd lower month-on-month at 28.49 million bpd, largely due to the Saudi attacks.

Saudi Arabia has stressed that it restored output quickly, but told OPEC that its production in September fell by 660,000 bpd from August to 9.13 million bpd.

Secondary sources that OPEC uses to monitor its output said Saudi production was even lower, falling by 1.28 million bpd to 8.56 million bpd.

OPEC left unchanged its 2020 forecast that global oil demand would grow in 2020 by 1.08 million bpd.

Supply from non-OPEC producers will expand by a much faster 2.2 million bpd even after a downward revision in Thursday's report, keeping up the pressure on OPEC and its allies to avoid a larger surplus next year.