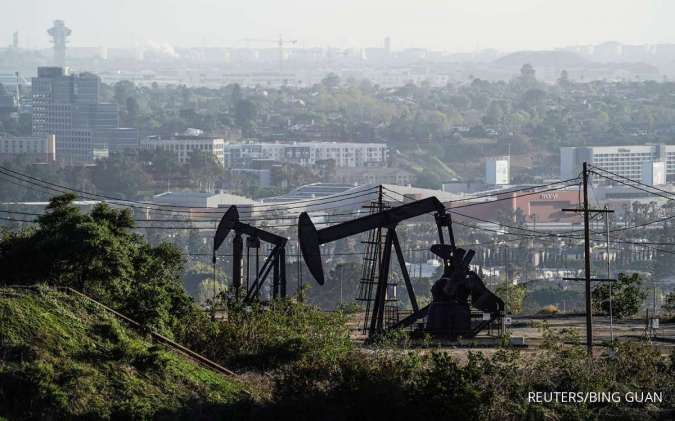 KONTAN.CO.ID - SINGAPORE. Oil prices rose on Tuesday, clawing back more of last week's losses as investors focused on tight supplies of crude and fuel products rather than concerns about a recession dampening demand going forward.

"Supply concerns are likely to persist in the coming months as OPEC+ countries, the world's major oil producers, may not have enough spare capacity... The summer travelling season and China easing its COVID-19 restrictions will push demand to grow further," said Leona Liu, analyst at Singapore-based DailyFX.

"Although recession fears have increasingly become a headwind for oil prices, it is estimated that we still have at least half a year to go before a real recession."

Analysts said that prices have been supported by supply anxiety after sanctions on oil shipments from Russia, the world's second-largest oil exporter, after its invasion of Ukraine and questions over how Russian output might fall due to sanctions on equipment needed for production.

"Supply concerns are unlikely to subside unless there is a resolution to the Russia-Ukraine war, or unless we see a sharp rise in supply from either U.S. or OPEC," said Madhavi Mehta, commodity research analyst at Kotak Securities.

"However, demand concerns are picking up pace with central banks and major agencies lowering growth forecasts... With growth concerns high, market reaction to economic numbers may intensify in the near term and if there are signs of slowdown, prices may come under pressure."

The push and pull between supply concerns and uncertainty over global growth are likely to play out in the market for some time, analysts said.

Weekly U.S. petroleum inventory data will be delayed by a day this week due to the Juneteenth holiday on Monday, with the American Petroleum Institute industry data for the week ending June 17 due on Wednesday and U.S. Energy Information Administration data on Thursday.