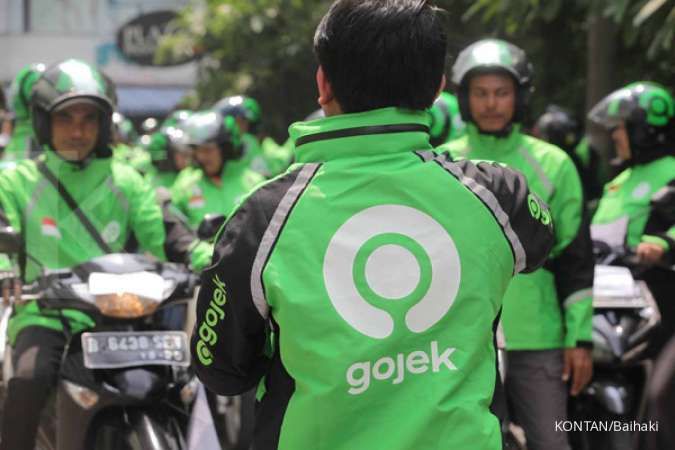 ILUSTRASI. Malaysia will allow motorcycle-hailing firms such as Indonesia's Gojek to start limited operations from January.

Gojek - whose investors include Alphabet's Google and Chinese tech companies Tencent and JD.com - told Reuters its Malaysia entry had yet to be finalised.

"Although we have not yet determined the manner in which Gojek will enter, or the exact timings, we look forward to continuing these discussions," a Gojek spokeswoman said, referring to talks with the Malaysian government.

Malaysia's ride-hailing segment is expected to earn revenue of $558 million this year, growing at about 16% annually to hit $1 billion by 2023, according to German database company Statista.

At 12.7%, ride-hailing user-penetration in Malaysia, Southeast Asia's third-biggest economy with 32 million people, is nearly double that of the region overall.

Malaysian Transport Minister Anthony Loke Siew Fook told parliament firms such as Gojek and local start-up Dego Ride would be able to start operating based on a proof-of-concept basis, to measure demand for the service over six months.

"Bike-hailing will be an important component in providing a comprehensive public transport system, as a mode for first- and last-mile connectivity," Loke said.

The pilot project would be initially limited to the Klang Valley, Malaysia's most developed region and where the capital Kuala Lumpur is located.

The six-month programme would allow the government and participating firms to gather data and evaluate demand, while the government worked on drafting legislation to govern bike-hailing.

"Bike-hailing will be subject to similar regulations as laid out for e-hailing," the minister said, referring to existing ride-hailing operations by companies such as Grab.

Gojek's co-chief executive, Andre Soelistyo, told reporters on Saturday that the company was preparing expansion into Malaysia and the Philippines.

Malaysia last month proposed a $20.5 million fine for Grab, which is backed by Japan's SoftBank, for allegedly violating competition law by imposing restrictive clauses on its drivers.

"Bring it on!" Grab Malaysia said on Twitter after Loke's announcement.

"It is indeed healthy competition."