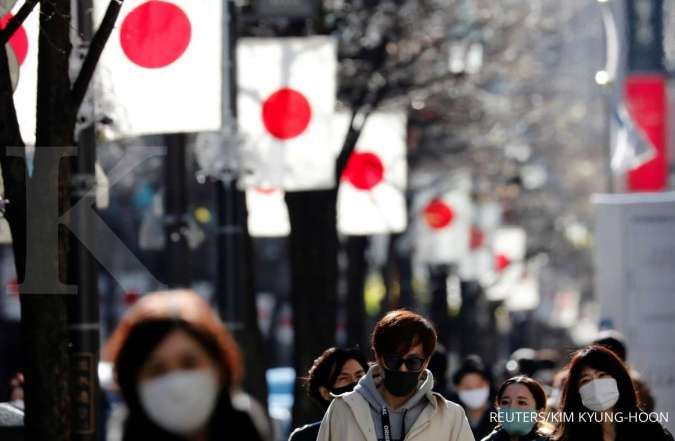 ILUSTRASI. The world's third-largest economy grew an annualised 12.7% in October-December

KONTAN.CO.ID - TOKYO. Japan's economy expanded more than expected in the fourth quarter, extending its recovery from its worst postwar recession thanks to support from firm exports, consumption and capital expenditure.

However, the pace of recovery slowed from the blistering pace seen in the third quarter, underscoring the challenge policymakers face in keeping the economy afloat as new emergency measures to prevent the spread of COVID-19 hit demand.

The world's third-largest economy grew an annualised 12.7% in October-December, government data showed on Monday, marking the second straight quarter of increase and exceeding a median market forecast for a 9.5% gain.

It was a slowdown from a revised 22.7% surge in the previous quarter, when the economy got a lift from pent-up demand after a previous state of emergency was lifted in May.

The growth translated into a quarter-on-quarter increase of 3.0%, the Cabinet Office data showed.

A global rebound in manufacturing activity gave exports a much-needed boost, making up for some of the weakness in domestic demand, the data showed.

Private consumption, which makes up more than half of Japan's economy, rose 2.2% after a 5.1% increase in the previous quarter. That compared with market forecasts for a 1.8% gain.

Japan's economy has gradually emerged from last year's initial state of emergency curbs thanks to a rebound in exports.

But the government's decision to roll out new restrictions from January has heightened the chance of another recession, clouding the outlook for a fragile recovery.